The constant loss that wiped out Kayla Imrie 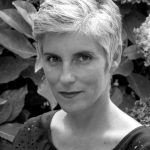 This article is republished with permission from iCoachKids In this article, Gordon MacLelland provides advice and key tips for parents on the after-match conversation. To Say or Not To Say, That is the Question… We have all been...
Gordon MacLelland 4 Min Read
Case Studies

This story was originally published in LockerRoom at Newsroom.co.nz and is republished with permission. At least one in 10 New Zealand women suffer every month from endometriosis. NZ cycling champion Kirstie Klingenberg (nee James) talks to Suzanne McFadden about the...
Suzanne McFadden 8 Min Read
Development & Performance

This story was originally published in LockerRoom at Newsroom.co.nz and is republished with permission. It’s the syndrome few people have heard of – or dared talk about – but RED-S is affecting the health of many of our female athletes. New Zealand,...
Suzanne McFadden 11 Min Read Olympic paddler Kayla Imrie has struggled for a decade with the debilitating condition menorrhagia and now wants to help other young women to talk about their periods.

Kayla Imrie remembers the embarrassment she felt returning to the jetty after an international race in a kayak awash with blood.

It would be the same at the end of a two-hour training session for the Olympic paddler: “I’d regularly bleed through my boat”.

For 10 years, Imrie has struggled with heavy menstrual bleeding – or menorrhagia – leaving her feeling constantly drained and needing three-hour afternoon naps to recover. The two-time world silver medallist has also been on the verge of anaemia, through losing so much iron every month.

The heavy bleeding took its toll on her body, and ultimately, she says, her performance.

It’s only in the last year that the 28-year-old, who’s training towards her second Olympics, has managed to get on top of her condition – with the help of sports doctors and specialists in women’s health, and a lot of trial and error with hormones, contraceptives and supplements.

But it’s also been a change of mindset that Imrie believes has helped her.

“There’s such a taboo, a stigma, around talking about periods. Especially for Maori and Polynesian women – it’s generally something we’ve never talked about,” says Imrie, who’s of Whakatōhea descent.

“If I look back into Maori history, your ikura [period] is regarded as a sacred time; it shows you carrying the future and life and carrying your ancestors as well.

“I’ve changed my mindset around periods, and now I know it’s actually quite special. If we can think of it that way, women can take charge of it, get back the power around it.”

Now Imrie is trying to share that message with other female athletes and girls in schools.

“I’ve started talking about it as part of my Olympic ambassadorship in schools. My goal is to try and keep up the rates of sports participation and teenage females seem to have the biggest drop-out rate,” she says.

“There are girls who will miss team training sessions or games because they have their period and feel uncomfortable about it, but won’t talk about it.”

After speaking to 300 young women at Auckland’s Rutherford High School about women’s health in sport, and the barriers female athletes face, she realised it was an area where she could make a difference.

“Their response just blew me away, and I realised there’s something really important here that needs to be taken further,” she says.

“It’s about understanding that there is no normal. Everyone doesn’t fit into a pretty little box; everyone’s bodies react differently.”

It’s something Imrie wishes she’d known when she was a teenager and “freaking out” about periods.

It may be surprising just how many sportswomen are affected by abnormal menstrual cycles.

In a survey taken by just over 1000 female runners in the 2015 London Marathon, 36 percent said they suffered from heavy menstrual bleeding (menorrhagia), and 300 of the women knew they’d had anaemia. Nearly one third of the runners revealed their menstrual cycles impacted on their training and performance.

A similar study has been done in New Zealand, by the WHISPA working group formed by High Performance Sport NZ, to find out how prevalent menstrual disorders are among our elite female athletes.

While the results are yet to be released, one of the study’s authors, University of Otago professor of physiology Alison Heather, says the numbers they’ve seen are similar to those among the London marathon runners. “It’s a real problem, and it’s probably under-reported,” Heather says.

Heavy menstrual bleeding is defined as losing more than 80ml per day. That can mean repeatedly changing a super tampon or a thick pad every two hours or waking at night to regular flooding.

Athletes, especially in endurance sports, tend to lose iron as they train or compete. But further iron loss through menorrhagia increases the risk of anaemia.

“Iron carries oxygen to the body’s tissues, and when you’re exercising you want maximum oxygen carrying capacity. If your iron levels are low, there’s no way you’re going to have that,” Heather says.

“The primary issue is that they become anaemic – they may be fatigued and irritable, and as an athlete, it means you’re under-performing.”

Imrie got her first period “quite late” at 17, in her last year of high school. “All my friends had theirs and I was freaked out a bit about not having one,” she says.

But when she did, it was difficult to manage. “I was a competitive swimmer for 12 years and I had these extremely heavy periods,” she says. “Every hour, or hour-and-a-half, I’d be in the bathroom changing the heaviest sanitary products I could find.”

Imrie went on contraceptives to try to control it, which was, she says, “a battle and a half”.

“With the first pill I went on, I had my period for six weeks straight. I tried another one and I had it for six days every two weeks. I probably tried five different pills, and none of them were successful.”

She finally found relief through the contraceptive injection containing the progestogen hormone. But after two years, she was advised to stop it to get a regular menstrual cycle back. “But then I didn’t get my period for 18 months, which freaked me out again,” she says.

“So I decided not to do anything with hormones and just cope with heavy bleeding.”

Moving from swimming to surf-lifesaving and then kayaking, where her canoe sprint elite career took off, Imrie has had some “uncomfortable experiences”.

“There’s water rushing through the boat all the time, and if you pair blood with that, it just looks like someone’s died,” she says. “It’s so embarrassing when you finish a race, and there’s blood all through the boat, and you come to the jetties and there are all these people walking around.”

It reached a new low following last year’s world championships in Hungary, when Imrie knew something wasn’t right with the way she felt each day after racing or training.

“I just couldn’t keep up with the recovery rate all my team-mates were able to do,” she says. “I just always felt tired. I’d have two or three-hour naps every day. And my team-mates didn’t need that; they were always on top of it.”

Her coaches, too, were concerned with her fatigue. What they didn’t know was that their powerful, indomitable paddler was borderline anaemic.

“I spoke to three high performance doctors and we looked back at my blood test results which showed I’d had low haemoglobin counts and low iron, but it wasn’t a major concern,” Imrie says. “But when we paired that with the very heavy periods, it became a problem because I was already low on iron, and then I was losing iron in bulk every month as well.”

A gynaecologist helped Imrie understand the science of blood loss and iron depletion as an athlete.

“It was explained simply to me: Imagine your body as a warehouse, where you keep your iron and haemoglobin stores. Essentially, I have no stock in my warehouse, and I’m losing stock at the same time. So I’m in depletion,” she says.

Imrie then faced two dilemmas – how to take in more iron and how to curb the major blood loss. “Not just for fatigue, but to be able to paddle and enjoy life too,” she says.

Imrie decided to take others along with her on her journey to better health.

“While I was talking to all these doctors, I realised there wasn’t much knowledge around this area of women’s health in relation to sport,” she says.

“So I decided to let everyone in on what I was doing – my sports psych, my conditioners and my coaches – because I felt it was a cool opportunity for others to learn as well. It was really important for them to have more of an understanding about it for the future of the sport.”

For the last 12 months, Imrie’s blood and iron levels have been closely monitored. She took ferritin and vitamin C every day to increase her iron stores.

But the tricky part was still managing her periods. She’s now found a combination of the Mirena hormonal intrauterine device and a contraceptive pill that’s working.

“Over 12 months, slowly but surely, I’ve kept seeing an improvement in my blood results, and in how I feel to be honest,” she says.

“I don’t have to take a nap every day now, and if I do, it’s 20 minutes, and I feel good. I have so much more time to focus on other things rather than spending hours trying to recover.”

She’s also discovered period underwear and is an ambassador for AWWA, a brand created by two Kiwi women. “They’ve changed my life,” she says.

Imrie’s coaches have also benefited from her experience. “They were respectful of my situation and made me feel comfortable to approach them. I didn’t want to make them feel uncomfortable so I made sure I was always the one who drove the conversation,” she says.

“They gave me all the time and space in the world to make my own decisions, which was an important part of my process.”

Now she’d like to share what she’s learned with female athletes in other sports and speak to more schoolgirls. “I want to let young girls know they’re not alone in this,” she says.

Staying positive is crucial to Imrie right now, as Covid-19 has twice disrupted her major plans.

Her December wedding has been put on hold, with her fiancé, Josh Tyrell, still in France playing professional rugby.

And she continues to train six days a week on Lake Pupuke towards the postponed Olympics – even with doubt still swirling around the Games going ahead.

“I turn up to training, I work my absolute butt off with the rest of my team-mates, and I do it because I believe we will be racing in the Olympics next year,” she says.

“There’s always a chance that it might not happen, but the last thing I want to do is turn up and be unprepared. I enjoy paddling, and I enjoy the squad I’m in, and that’s a massive part of staying positive and wanting to achieve together.”