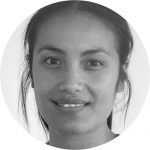 Ashley Stanley Ashley Stanley is a full-time LockerRoom writer and sports blogger, who has just completed a Master of Communication Studies at AUT University.

This story was originally published in LockerRoom at Newsroom.co.nz and is republished with permission. At least one in 10 New Zealand women suffer every month from endometriosis. NZ cycling champion Kirstie Klingenberg (nee James) talks to Suzanne McFadden about the...
Suzanne McFadden 8 Min Read
Development & Performance

Why specialising later can reduce the risk of injury and burnout

This story was originally published in LockerRoom at Newsroom.co.nz and is republished with permission. It’s the syndrome few people have heard of – or dared talk about – but RED-S is affecting the health of many of our female athletes. New Zealand,...
Suzanne McFadden 11 Min Read 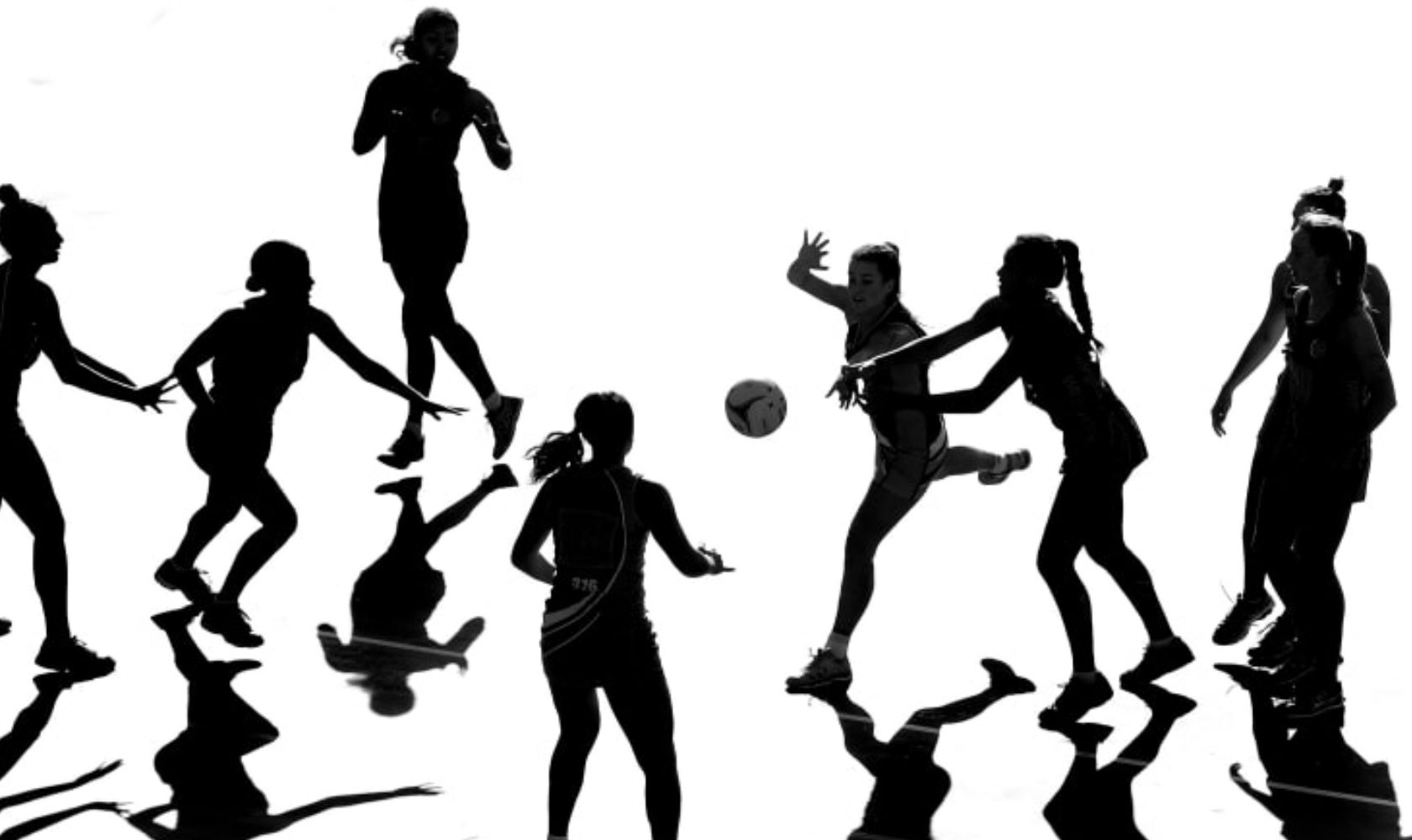 In the first of a series on the development of female athletes in New Zealand, Ashley Stanley looks at our two biggest codes and their plans to nurture sportswomen from the grassroots to elite.

The Silver Ferns’ turnaround in 11 months has to be one of the great success tales in sport. Pure and simple.

Dame Noeline Taurua’s blueprint broke a code down, when they were already on their knees, and built it back up, step-by-step, to reign supreme in the netball world again last year.

The triumphant feat left everyone wondering how they did it. What madness does it take to go from failing to make the podium at the 2018 Commonwealth Games to becoming world champions a year later?

Or is it not madness, but rather a bit of common sense and human decency? Working with and developing people. And setting clear expectations around vision and goals.

That’s Taurua’s coaching philosophy. And it’s obviously a winning recipe. If she can transform elite netball in less than a year, how do teams bottle that goodness up and share it across all competition levels?

The values being taught to New Zealand’s top athletes must be applicable across development at all ages and stages of sport.

There are many insights to share around how to care and develop people through their chosen sport, without coercing or manipulating them to win at all costs.

How does the visible rise in female sport around the globe – and in our own backyard – use the Silver Ferns’ success to spark their own standard of development and performance?

Athlete development isn’t new to sport. But it is relatively new to women in sport.

Netball has always been the dominant code for women and girls in New Zealand. But rugby is now one of the fastest growing among young females. So, how are the two sports tending to the development of their athletes?

“We’re also doing a lot of work around linking it to our Silver Ferns’ success profile, based around Noeline’s and the Silver Ferns’ PURE values. We want to link our player development to PURE as well,” he says.

PURE stands for Play to win; United – we are ready; Ruthless; Explosive.

But elite sport has shown the road to the top is not always a straight and smooth one. In netball, players can sit across playing zones, age-grade levels and ANZ Premiership teams, which means a lot of development commitments and parties to please.

It can be overwhelming. Add school, career, family and emotions to the list, and there isn’t much time left to dedicate exclusively to your sports craft.

“Everyone has a role to play in ensuring that the athlete journey is as positive as possible.”

Understanding that development needs can change over time and improvement is always a given, Netball NZ wanted to capture the unique journey their players experience in the game so they can “support it as well as possible.”

“I guess we take the approach that the whole picture is multifaceted. And we’ve got to build all that stuff over time,” says Hansen, who has a strength and conditioning background and has been working in elite sport for nearly 20 years across league, rugby, High Performance Sport New Zealand, and now netball.

“The thing about it is once it’s built, you’ve got to keep evolving it and learn as you go about what’s important, and how different things are viewed in player development.”

A recent piece of work facilitated by Ernst & Young, in partnership with key groups like the NZ Netball Players Association and Netball NZ, cut across all aspects of athlete development.

The next step is looking to implement the recommendations. But from what Hansen saw in the study, it takes a team to reach great heights.

“Everyone has a role to play in ensuring that the athlete journey is as positive as possible. From performance and wellbeing, as well as a good life after netball. And hopefully staying in the game in some shape or form,” Hansen says.

“My personal driver for coming here was the iconic nature of the sport in New Zealand. And the importance that netball has in our communities and to New Zealanders. I really wanted to be involved in that and hopefully add some value.”

Giving netball a good run for its money now in New Zealand is women’s rugby – which is quickly gaining traction with participation numbers soaring.

New Zealand will hosting the first women’s Rugby World Cup in the Southern Hemisphere next year, and the spotlight is on the Black Ferns to secure a sixth title.

But how do you develop players in a professional programme that’s relatively new?

The Black Ferns are the global standard in rugby and have won five World Cups without an athlete development pathway to nurture talent.

So imagine what they could achieve with more investment, support and resources?

In 2018, the 15s game turned semi-professional in New Zealand and contracts are now awarded to 30-odd players each year at the Black Ferns level. In comparison, the sevens team is a full-time professional set-up.

John Haggart has a great view of the women’s development area, serving two roles at New Zealand Rugby. He’s one of the Black Ferns coaches and he also works with the provincial unions as the women’s high performance development manager.

Haggart says in the past they’ve looked to the male space for athlete development programmes, but not necessarily to follow their lead.

“There’s a saying: ‘Women are not little men’. And certainly the path needs to be carved for women, largely by women,” he says.

Much work has been done in the area, says Haggart, with the likes of Cate Sexton, head of the women’s game at NZR, and others making sure the right programmes are in place to support the growth and development of players.

Like netball, the programmes are based around fundamental aspects such as technical, tactical, physical, nutrition, mental skills and personal development.

At the moment, there’s a mix of Black Ferns and emerging young talent in teams across the country both at club and Farah Palmer Cup level.

All players are as important as the person they sit next to for the growth of the game. But there’s still room for improvement in terms of delivering an effective programme for people at different stages of their development.

Haggart says after only two years, it’s a work in progress. But expanding playing opportunities for females would help fast-track the development.

“In the women’s space, we have a narrow high performance pathway. We basically have club rugby, the Farah Palmer Cup, high performance programmes and then the Black Ferns,” he says. “That’s very narrow when compared to what happens in the male space in rugby, so we need to grow our programmes.”

One step in the right direction was the recent inclusion of female secondary school students – for the first time – in the annual development camps hosted by NZR and NZ Barbarians earlier this month.

“As we move forward, we will review it and the idea would be how do we start having our own female camps at that level? There’s an absolute desire to grow the women’s game, right from the juniors to Black Ferns,” says Hansen, who has a professional coaching and teaching background.

“When you see a 16-year-old playing Farah Palmer Cup and you know that she has so much more growth and so much more time, it’s pretty amazing.”

And what’s also amazing is the opportunity to influence and shape the development programmes in the women’s game.

Because the structure and support for women’s high performance in rugby is yet to be completely set, it gives the code the chance to be nimble and take the best parts from other sports, talk with successful examples and design, and adjust development programmes with players, research and experience.

Women’s Coach Developer Training
Q&A: What are the different approaches when working with female players?