For the second year in a row, winter sport has been disrupted by the Covid-19 alert level changes. There is no doubt that young people will be feeling disappointed with sport being put on pause for now. Parents...
Kelly Curr 3 Min Read
For parents

A parent guide to child growth and development in sport

In this guide we discuss the key considerations relating to children’s growth and development that may influence their sport experience.  This guide was adapted from work by Sport Parent EU. It is published with their permission.  In this guide, parents will...
Sport NZ 8 Min Read
For Parents

Parenting the next Sophie Pascoe or Liam Malone 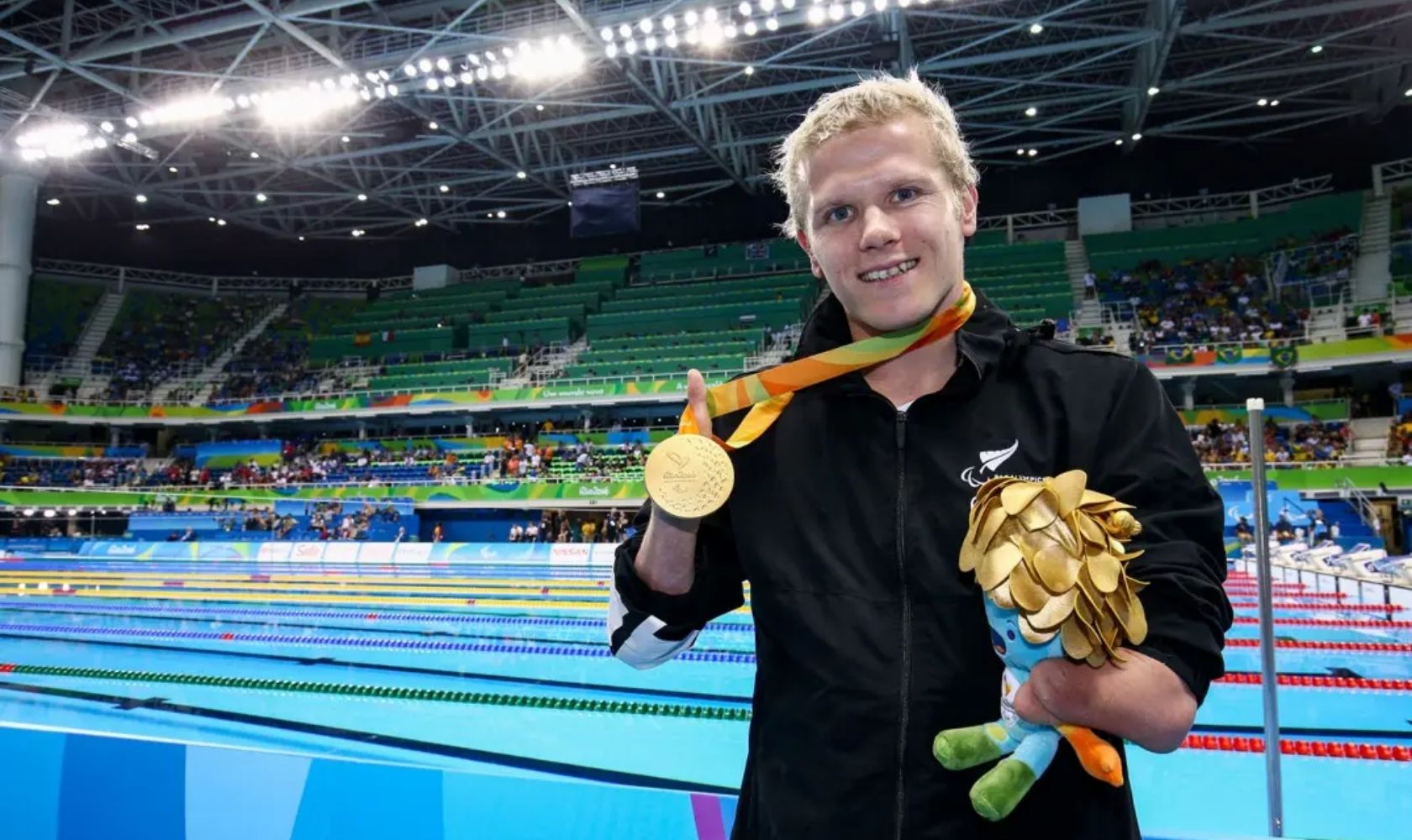 Swimmer Cameron Leslie may be a three-time Paralympic gold medallist and world record holder but he’s quick to point out that champions aren’t made at young age.

N.b. In July 2021, Cameron Leslie announced the “hard decision” to withdraw from the Tokyo Paralympics to focus on his young family, as his wife was expecting their second child soon before the beginning of the Paralympic Games. You can read more about the decision here.

He got into swimming at a young age, more because of limited sporting options for people with disabilities than anything else.

Born and raised in Whangarei, Cameron, now 30, is a quadruple amputee with legs to the knee on both sides, his arm is missing four fingers on the right and he has half a forearm on his left side.

“I remember when I was little I was dragged off to all kinds of sports to watch my siblings, but there comes a time when you want to do your own thing,” he says.

“I went along to a learn to swim group run by a group who today would be the Parafed, back then there weren’t the options people with disabilities have today.

“In the water I had a sense of freedom and movement, of normality – people could see you swimming up and down the pool but they don’t see your disability, it’s like an escape.”

Fast forward a few decades and Cameron has accomplished plenty – he took out gold in a world record time in the men’s 150m individual medley SM4 at the Beijing 2008 Paralympics, a feat he repeated at the London 2012 and Rio 2016 Paralympic Games.

“That first gold medal was a shock, I’ve always been someone who’s chased personal bests, I wasn’t aiming to win gold at all!”

While Cameron has enjoyed success at the highest level, there have been hurdles along the way.

He suffered a setback as a 12-year-old, when a coach gave him a negative experience.

“I was told to give it up because I was too chubby, I remember afterward being on the side of the pool in tears, I was totally deflated.

“It didn’t matter to me that I was holding a bit of extra weight or that I couldn’t do a bunch of swimming drills.”

Not long after he was soundly beaten on his debut appearance at the 2006 IPC Swimming World Championships and “nearly gave the sport away”.

“I thought I was better than I actually was, so that setback really grounded me, I took a step back and took a good look at myself.

“I was in the sport for genuine reasons, it didn’t matter how I was performing at 12, 14, 16… for me it was about being active.

“Kids don’t get into sports to be champions at that age, it might be their end goal, but it’s about surrounding them with support, growing with them, and giving them the ability to become the type of athlete they want to become.”

Thankfully, Cameron had supportive parents and coaches who encouraged him to continue doing what he loved.

“I was really lucky I had coaches who bought into trying to improve me in my sport rather than push me to be a super-competitive athlete – back then swimming was just a sport I enjoyed and that’s how they treated me, which was important to me at that age.”

Like many people with disabilities, Cameron’s nature to prove people wrong drove him.

“Because of the way society traditionally views people with disabilities, we go through life proving people wrong, and I had extra motivation to do that.”

Yet swimming has not been his sole focus, and that, Cameron says, has kept his life balanced.

When he’s not in the pool he’s playing wheelchair rugby, a sport he was introduced on a “have a go” day and has been hooked on ever since.

Back then his Dad would finish work early on training days and drive the four-hour round trip from Whangarei to Auckland to get him there.

“I love the energy of wheelchair rugby, it’s great to play a team sport too, it’s rough and tumble and a lot of fun.”

As a Wheel Black and Paralympian, Cameron insists the pros far outweigh the cons of training across two codes, and believes one can complement the other.

His family and his coaches are supportive, all on the same page about getting the balance right and focusing on development over winning.

“It’s not about how many tries you score, goals you score, or personal bests you achieve, it’s more about making sure you try your best, and have fun along the way.”

After almost two decades of swimming, Cameron, who is Dad to 16-month-old Beau, can honestly say he still has fun in the pool.

It’s the same for wheelchair rugby, despite being catapulted out of his chair numerous times.

Being treated no differently

“In the past, I did have people who’d shy away from challenging me, they’d see me as the poor disabled kid, but my family and my current coach have never treated me any differently.

“It’s the reason I’ve still got the same [swim] coach after 10 years, he sees me as a person and as an athlete, it’s a relationship based on communication, where we brainstorm, we work things out together, learn from each other and work towards goals together.

As National Para Swimming Development Co-ordinator for Swimming New Zealand, Cameron’s role is to help fellow athletes with disabilities enjoy sport as much as he does.

“It’s around getting coaches, clubs and schools on board to take on swimmers with disabilities, to give them opportunities to show what they can do, from entry to elite level.

“It’s that whole philosophy of not pushing people, but promoting being active and celebrating that.”