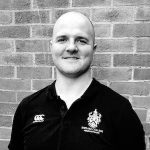 David Sharkey David Sharkey is an (Irish) English teacher based in Shiplake College, Henley-on-Thames, UK. Currently undertaking his RFU Level 3 coaching qualification, David has also been involved with Wasps in Talent ID and and player development. David firmly believes that coaches have the capacity to provide real change in people’s lives far beyond the tactical and technical aspects of their sport.

This article is shared by Player Development Project Prof. Stephen Rollnick is a pioneer in motivational interviewing and in recent years has been applying his knowledge to sport. In this article, Stephen offers a psychology perspective on the...
Professor Stephen Rollnick 5 Min Read
Development & Performance

What’s Next? A Perspective of Athlete Identity

This article is shared by Player Development Project Athletes can tie their entire identity to their sporting exploits. PDP contributor & mental performance expert, John Haime shares insight into the challenge for athletes coming to the end of their career,...
John Haime 5 Min Read
Coaching Fundamentals

Why Talent is Irrelevant

This article is shared by Player Development Project Talent: Nature vs. nurture, is it relevant? Top PDP contributor and coaching innovator, Todd Beane discusses the preconceptions around talent and the role of the coach observing and assessing performance...
Todd Beane 2 Min Read 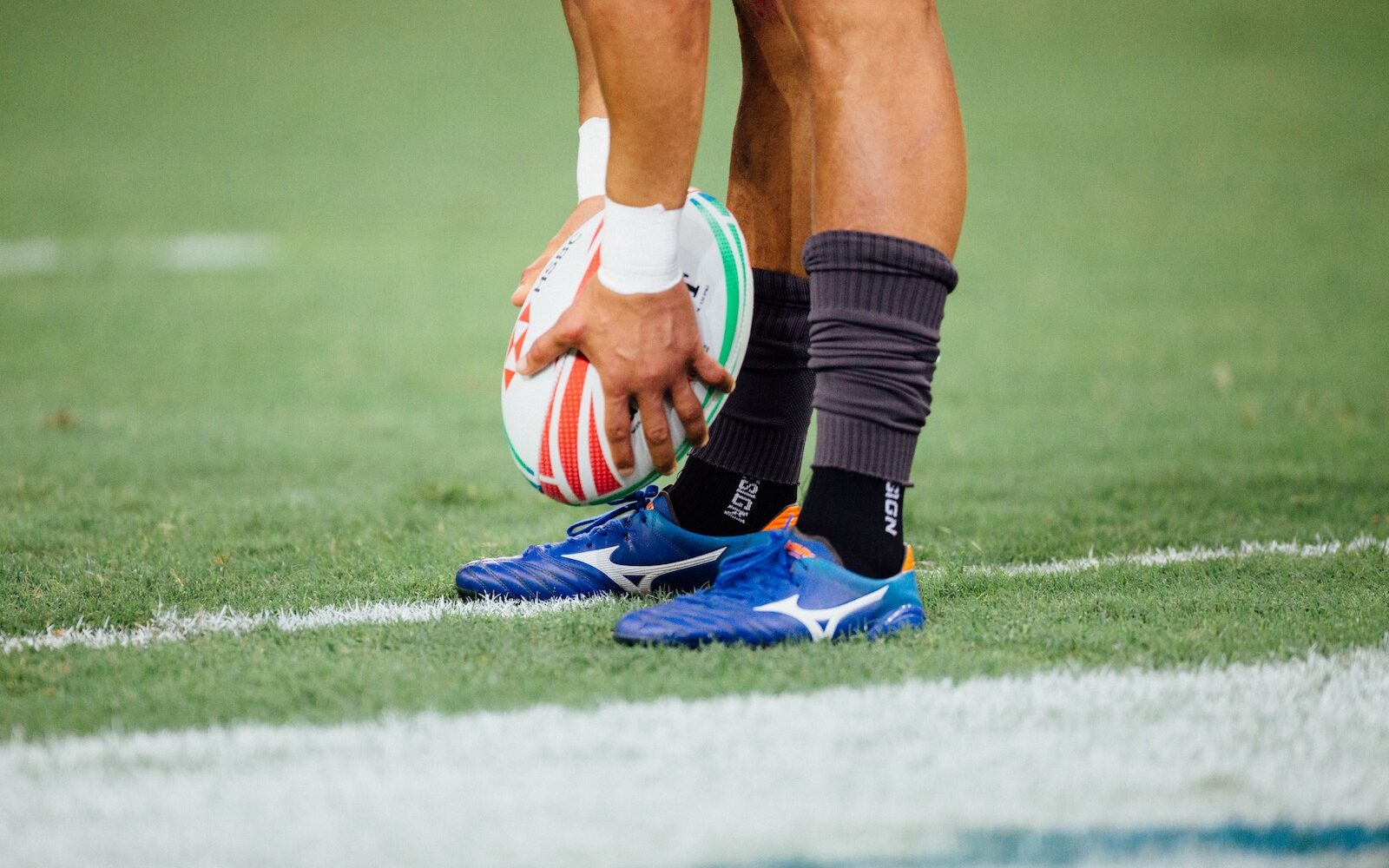 Masculinity plays a huge role in how male coaches communicate and behave. It also impacts how young men and boys express themselves in sporting environments.

In this article, sports teacher & rugby coach, David Sharkey shares a blog about his own ambitions to redefine masculinity in rugby and some of the personal motivations behind his reason for wanting to shift the paradigm.

“You have my whole heart. You always did.”

I had just turned 12 when my father passed away from a sudden heart attack. He had not been sick, in fact earlier that night he had been in rude health as he nagged myself and some friends off a pitch – we had been reluctant to finish the game of football in the fading light – and into the car.

I can’t quite remember the last thing I said to him but I do remember that game of football ending and have often reflected on the lasting impression both he and sport have played in my life.

My first sporting love was gaelic football where I “played” for years at St. Loman’s in my hometown of Mullingar, Co Westmeath. To say I added much to the footballing prowess of any teams I was involved with, would be beyond hyperbole. Years later, a coach would put it best: “Your job is not to play football; your job is stop the opposition playing football.” Rugby was always going to be my sport.

My father coached me in gaelic football and had the idea of signing me up for rugby at the age of 8. My older brother Ronan had taken to it the year before and I would follow suit. I had other ideas and flat out refused. My father gave me a choice (he had a way of crafting the illusion of choice) which was fairly simple: I could play rugby or take up Irish dancing. Even at the age of 8 I was pretty obstinate so off I went to Irish dancing lessons. I endured 3 sessions and then asked if we could see what rugby was like instead.

I still remember donning the grey and red jersey of Mullingar RFC and those rugby shorts that used to have buttons on them. Since that day I have always been associated with the sport: as a player, a fan and now a coach.

I owe much of my love of this sport to my father (my mother used to wince as I tackled people or got told off by referees. In my Gaelic football days, she often would lecture me as to why in one season for Loman’s I was yellow carded in 9/10 games I played.) The genesis of my involvement in the game and the passion I possess all have their roots in a man who gave his son a choice: Rugby or Irish dancing.

And so this journey of mine through rugby was what I found myself reflecting on when the Belfast rape trial, where two prominent male Irish rugby players were in the dock, was drawing to a close last April: what does rugby stand for? What does it mean to be a rugby player? How does rugby culture shape male attitudes towards women? How pernicious are these attitudes towards women in the game of rugby, be it coaching, supporting or playing? What kind of people do we want to become through rugby? Is rugby an agent for good and change in society? Does it reflect the values we hold dear? Is it elitist? Can it change? Should it change? What kind of men am I coaching my players to become? Am I doing enough to shape them beyond their technical and tactical abilities?

I am an (Irish) English teacher. I work with young people and have hopes that they will shape the world they will go on to inhabit. While I would not wish for them to share any of his traits, Jack Nicholson’s character in ‘The Departed’ says a great line that rings true when I think of the people I would like my students to become: “I don’t want to be a product of my environment, I want my environment to be a product of me.” I am also a coach, where I can try to allow opportunities for young people to thrive in sport and experience the value of teamwork while challenging themselves mentally and physically.

Something had stirred within me. I was trying to examine the values of a sport I had taken so much from and I wanted to see if I was giving back enough. At a coaching conference around the time of these initial reflections, a former professional rugby player described the corrosive macho culture he experienced in dressing rooms: never show weakness – you have to act physically tough and so repress your emotions; you drink as much as you can and; you look to get as many notches on the bedpost as possible.

It was something that I recognised in so many of the male-dominated environments I had been part of and in which I had partaken wholeheartedly.

That was when I knew that I would be failing my players if I allowed them to walk into the exact same environments when they leave school and hopefully stay in the game. I had to offer them a different path. Show them another way to be. And if the male dressing-room environments these men walk into were the same, then at least they would be different and more than capable of challenging and changing the culture. I did not just want players I coached to be better than me technically and tactically (not an insurmountable task by any means!) but also better morally and socially.

I started reaching out to other coaches and others who worked with young people in sport. The likes of Russell Earnshaw and Dr. Suzanne Brown were so helpful and encouraging with their time and suggestions. The endless and long-winded emails (this article is getting a bit too long now…) were no doubt the last thing they wanted to indulge in, and yet they did.

After much discussion, the areas I felt I wanted to address were:

The reasoning behind these is to tackle (every pun intended) some of the aspects of masculinity that dominate male rugby dressing-rooms. Team-mates should be there to support each other and so allowing opportunities to express how they feel mentally and emotionally should be at the heart of what we do as coaches.

To this end, I want to allow for such opportunities through examples of sports-people who have experienced mental health issues – both within rugby and elsewhere. The emotional side of things is an area I am eager to explore. Ultimately, I would like for players in the sides I coach to be able to convey how they feel and to better understand these feelings without judgement. Players and coaches could offer support or guidance, or just an ear to listen to what they have to say.

In order to address the area of gender dynamics in sport, I wanted to give the players I coach positive female sporting role-models. I often use short clips from games I watch to suggest ideas for my teams or prompt a discussion. All the ones I have used to date are from the men’s game. Such skills, movements and tactical nous are present in the women’s game with the Tyrell’s Premiership, the Women’s 7s circuit and the International tests. I intend on showing my team the best examples of play from both the women’s and the men’s game over the course of the season.

I also want my players to be coached by quality female coaches as I would relish the chance to work with such coaches and learn from them. Having undertaken plenty of coaching courses over the past 18 months, I have tried to establish a network of such coaches and am always looking for more. Hopefully I can arrange for these sessions to take place this season as I think it would hugely beneficial for me and my team.

This is a project I am hoping to continue to document so if you have any ideas – to add to, challenge or develop – please feel free to get in touch as I go through the season. If you know of a way I do could any of this better, please do reach out.

And so, back to my father. Next week, I am going to share with my team the reason I am coaching rugby is because my father gave me a choice between rugby and Irish dancing. I will tell them what it was like to lose someone at that age. And why that choice is the reason I am their coach. Because if they haven’t already, they will lose someone close to them too and that they are not alone.