Letters from Rangatahi: Olympic muses and musings (and some thoughts for adults) 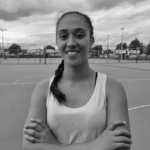 Sometimes the best learning comes from people showing us what not to do. In this blog, we look at Ted Lasso’s alter-ego Led Tasso, and examine some of his ‘unhelpful’ coaching behaviours as a lesson for coaches on how not...
Dave Keelty 6 Min Read
Balance is Better in Action

Sports stand together to make the 2021 winter season special

After a 2020 winter season heavily disrupted by COVID-19, Sport NZ and five of the country’s largest participation sports are calling on coaches, parents and others at grassroots level to make the most of 2021 by working together...
Alex Chiet 5 Min Read
Athlete Stories

Letters from Rangatahi: What I wish sport knew?

In this open letter, we hear from Halberg Youth Adviser Support, Kiran Dixon. Kiran’s letter sheds light on some of the challenges young people with disabilities face growing up in New Zealand when it comes to sport, and draws some powerful lessons for...
Kiran Dixon 3 Min Read 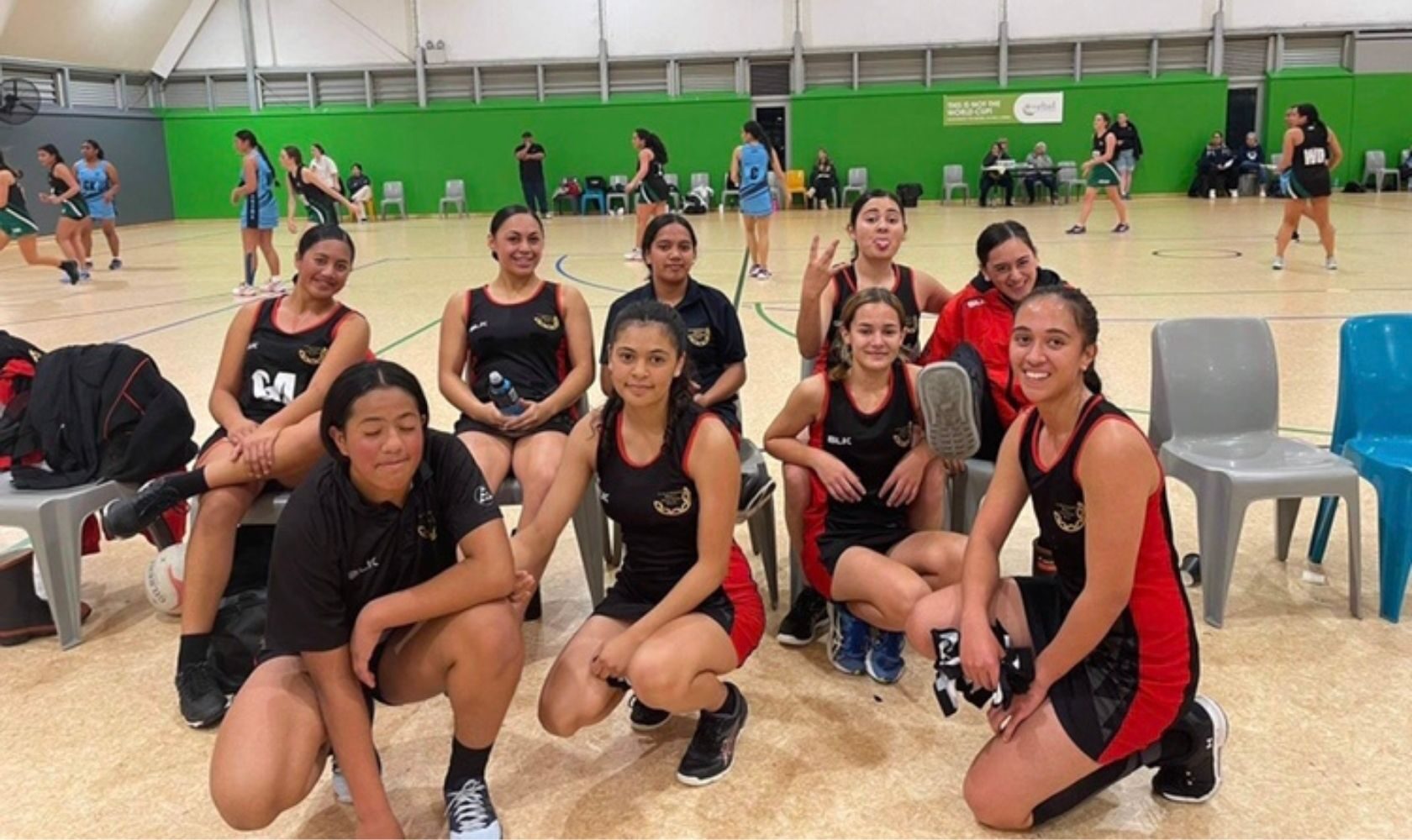 In this open letter, we hear from Ciccone Hakaraia-Turner, Netball New Zealand Youth Board representative and Year 13 Wharekura student at Te Kura Kaupapa Māori o Hoani Waititi Marae. Ciccone shares with the reader her reflections on the Tokyo Olympics, on various adults in her life, on Kaupapa Māori and adolescent challenges in society at large. What lessons can you gleam from some of Ciccone’s wise words?

The Olympic games were a much-needed shot in the arm (no pun intended) for an overloaded teenager sleep-walking her way through her seemingly insurmountable NCEA workload. With deadlines to meet I feel like I’m sprinting a marathon to a finish line I have faith will present itself when I get there. For two weeks we have seen amazing models of human sporting excellence competing to be the best in the world. The elite gathered at the Colosseum of ideals. A two-week Olympic TIK-TOKyo (pun intended). For the first time at an Olympics, some athletes have highlighted their mental health in and around competing. Is this a weakness? There are those that would say so. However, I admire the honest acknowledgment of the human condition for Simone Biles to withdraw from most of her gymnastics events citing these concerns. After becoming disoriented in the air she took a short break to regain herself.  Within a few days, she was back on the balance beam and won a bronze. Taking time to find her balance is not a flaw but a necessity and she was a great role model. We all, rangatahi and pakeke alike, need to be coached to do this occasionally.

Taking time to find her balance is not a flaw but a necessity and she was a great role model. We all, rangatahi and pakeke alike, need to be coached to do this occasionally.

Most adults close to us just want to provide protection and guidance with the best of intentions. They are aware that sport and recreation supports human development, strength of character and esteem. Sport is considered an aspirational career pathway option for many of our whānau. How this is realised can play heavily on communities and parents who aren’t so well resourced materially but field a dedicated team of helpers.

This year I captain my Kura Premier netball team. We are going into the annual Upper North Island Secondary Schools (UNISS) netball tournament at the end of this month. I’m in my final year of Kura Kaupapa preparing for Medical School. We are a small Kura attached to our marae. Our Principal, Pāpā Hare Rua has introduced a curriculum which is ensured to keep “Every Body Active!” Last year I got my level 2 scuba diving license in our Mana Moana course which covers ocean science. For Mauri Ora Physical Science I do Ki-o-Rahi, Jiu-Jitsu, Waka Ama, and Crossfit. He found funding to have 5 filtered water fountains installed and forbade tauira from bringing sugary drinks to Kura or going to the shop to buy lunch. Ka Ora, Ka Ako Sustaining Learning is his catered en-campus lunch program serving healthy cooked meals every weekday to our Kura.

Pāpā Hare leads by example as he works out twice daily, is conscious of what he eats and doesn’t drink alcohol. I interviewed him to understand the ethos behind these innovations.

“As Tumuaki I need to be the model of what I expect for our tamariki and whānau. Be the model!”

He entered a gym for the first time when he was in his late twenties as a kaihaka for Waka Huia kapahaka becoming addicted to well-being and inspiring others from his group to do likewise. He then became kaitātaki tāne male leader for Waka Huia. Jani Hohua-Hayward was a NZ Touch Representative as too was her daughter and ex-student, Khlani Paenga Hohua-Hayward. They both coach our Kura premier netball team and despite having young families of their own they tirelessly dedicate their time to our fitness programs.

My parents are a similar example to me. As non-smokers and non-alcohol drinkers, they try to eat healthily and during lock-down created a home gym. Mum played representative netball and indoor cricket, Dad ran track. Dad saw the most recent Sport NZ role play of some parent’s unhelpful remarks to young participants and their coaches. He openly acknowledged he was guilty of using almost all of those lines with me at some stage. He said it wasn’t nice hearing it for himself.

Tauira means both an example and a student. To some, this might seem paradoxical. However, as rangatahi we are both a “human being” and a “human becoming”. Our world perspective is still under construction. As much as we are in a hurry to grow up, we don’t like admitting we’re a work in progress. Most of the time we’re dealing with what’s in front of us in the immediate context. We’re impressionable!  I acknowledge susceptibility requires guidance. It’s true our perceptions are subject to peer pressure and trending influencers. Unfortunately, such peer pressure can lead to what some call the lower-hanging fruits.

However, as rangatahi we are both a “human being” and a “human becoming”. Our world perspective is still under construction. As much as we are in a hurry to grow up, we don’t like admitting we’re a work in progress.

The easy access to alcohol and drugs in Aotearoa adds a further element to the mix in terms of our understanding of ourselves through experiential growth.  Rangatahi, generally start going to parties at 16 or even earlier.  It is almost a rite of passage at that age. The vaping epidemic throughout Auckland schools is another factor in play with us. Pāpā Hare mentioned, “It’s about putting positive peer pressure on our kids. Tuakana should be that positive peer pressure for their teina!”

Lisa Carrington said she became an elite athlete after watching Danyon Loader win Gold for Aotearoa NZ at the Olympics. By being inspired her aspirations were ignited. She has had almost a decade of kayaking achievement her best success yet at these Olympics. Emma Twigg was about to give up rowing after three Olympics without placing. Her family convinced her to persevere, and she dominated her event. There is a lesson in both of these examples. Some are quick to shine and some of us will require a bit of polish before shining. It is said pressure is how diamonds are formed. And some are diamonds in the rough. We develop differently. As rangatahi we will fall short of the mark and drop the ball now and again. When this happens guidance is required to psychologically stay in the lane or from going overboard. Firm guidelines are welcomed but heavy consequences may extinguish enthusiasm and be detrimental to long-term outcomes.

Some are quick to shine and some of us will require a bit of polish before shining.

The Olympics was about assembling the best of human effort together to learn what we are capable of. Some will cross the line before others. All would have sacrificed much to get there. We are all in the human race.  One thing for sure, impressionable eyes are watching while the Olympic flame of potential is ignited within them. Human beings becoming better humans.   Not all of us will make the Olympics, however, the goal is to aspire to be the best of our abilities.

“You are not my enemy, you are my competitor. If I defeat you, I will not belittle you. For you make me better.”