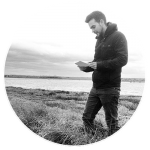 Sometimes the best learning comes from people showing us what not to do. In this blog, we look at Ted Lasso’s alter-ego Led Tasso, and examine some of his ‘unhelpful’ coaching behaviours as a lesson for coaches on how not...
Dave Keelty 6 Min Read
For Parents

For the second year in a row, winter sport has been disrupted by the Covid-19 alert level changes. There is no doubt that young people will be feeling disappointed with sport being put on pause for now. Parents...
Kelly Curr 3 Min Read 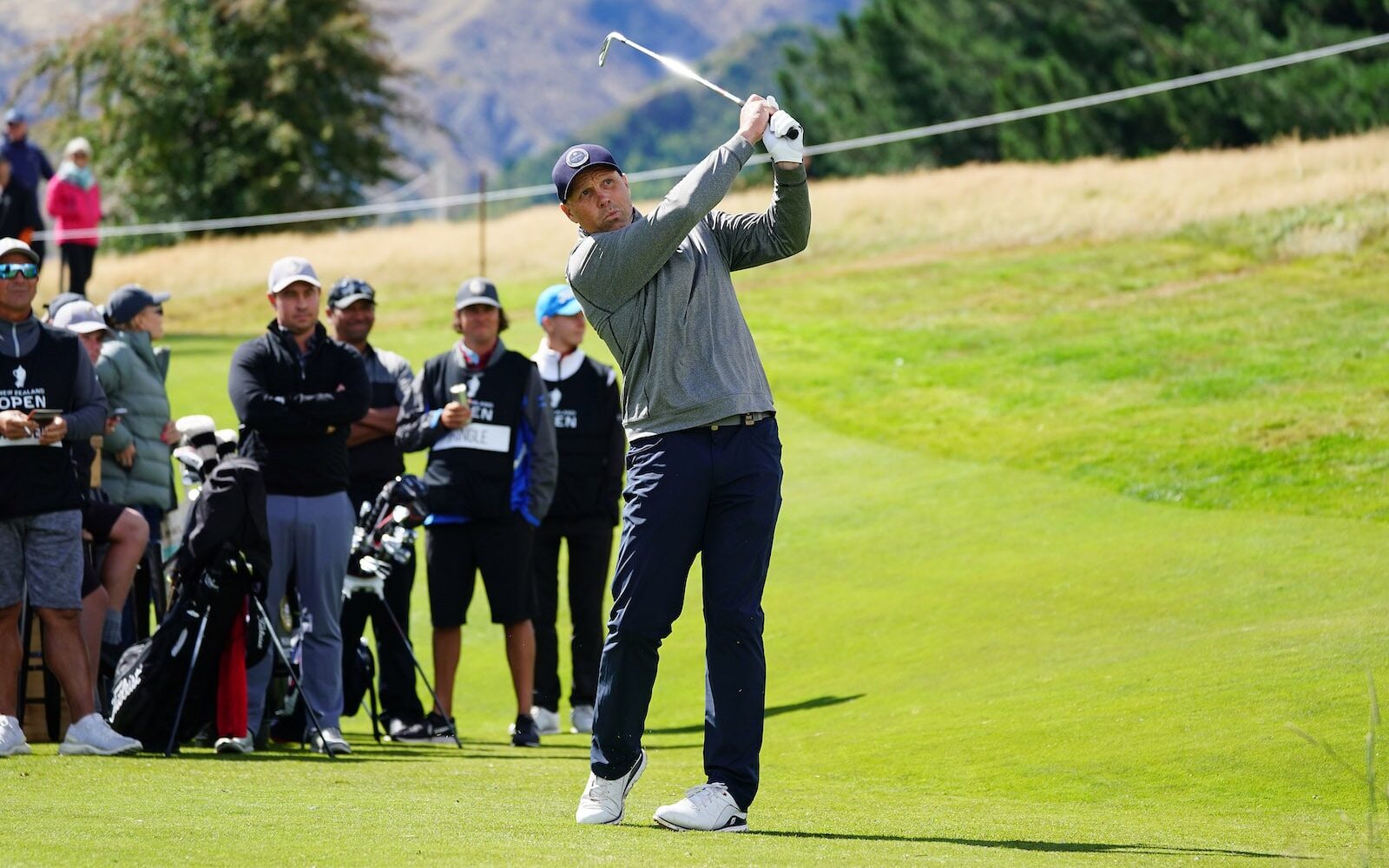 Jeff Wilson is a member of a very select group: those who have represented their country in more than one professional sport.

Looking at Jeff’s childhood growing up in Invercargill, where he’d jump on a bike with friends and head to a local club or sporting field, it’s easy to see where his skill development across multiple sports came from. “Everything was accessible,” he says. “You could find a basketball hoop, you could find a tennis court, whatever you felt like playing on any given day you could go and do.”

Jeff was involved in many clubs as a kid with, as he says, differing levels of organisation, but sport was always a “deeply entrenched” part of his environment even at home. His mum was an accomplished player of tennis and squash, his rugby coach dad played both rugby and representative cricket and played on the same Invercargill cricket team as Jeff, Jeff’s brother Richard  and uncle John.

It was a background that fostered a competitive side in Jeff and a strong desire to keep getting better and gaining skills, but he says the real enjoyment came from “spending time together, celebrating, sometimes commiserating, and reflecting on what we were doing together and learning lessons along the way.” Behind all the life lessons being learned, says Jeff, there were always the elements of fun, fitness and good general wellbeing. “I was out there playing and competing and enjoying it and I just got a great thrill out of being around different people, playing different sports, getting different opportunities.”

He believes that important element, fun, so important to the sporting environment of Jeff’s childhood, is now being lost for young New Zealanders. “The expectations have grown,” he says. “Maybe the focus is being lost on what’s really, really important – that kids go out there and enjoy what they’re doing. It’s also fair to say I played in a number of highly competitive environments and on reflection, we too played on the edge.” Rather than focus solely on winning, Jeff believes it’s vital to consider kids’ long-term wellbeing and enjoyment in sport – to focus on the environment they’re in and the time they’re spending with each other and the relationships they can build. From his own experience, the team camaraderie he had, combined with the challenging atmosphere of his sporting environment growing up were critical to the values he took into adulthood and his professional career.

That professional career led to Jeff finishing his rugby career as the twelfth-highest try scorer in test rugby with 44 tries in 60 matches for the All Blacks between 1993 and 2002. He also played six One Day Internationals for the Black Caps, scoring 103 runs and taking four wickets. Yet growing up, Jeff never believed he’d become an international sportsperson – let alone being one across two different sports. The key to that happening lies in the multi-sport background of his Invercargill childhood.

Heading out to play a variety of sports helped Jeff develop into what he calls “a different type of athlete, with a different type of skill set”. He continues, “There was this transference between the sports that just meant I could do different things, and there’s no doubt they just complemented each other. And it gave me a different way of approaching games.”

Rather than specialise in a single sport, as many young people are now encouraged to do, Jeff felt his mixed sporting background gave him an advantage. For example, he believes playing basketball, with the constant pressure and fast turnarounds from defence to attack, helped his vision and ability to read play on the rugby pitch, as well as using crossover skills such as sidestepping. Other facets of his rugby game were also improved by his love of other sports. “Each added something,” Jeff explains, “and it was just a matter of making sure when I was doing them at the time, being aware of it and doing the best I possibly could.”

As with many young people enjoying a number of sports, there came a point where Jeff felt he had to choose one to specialise in. In light of the two tries scored at Twickenham on his New Zealand debut aged 19, it’s surprising to hear that at age 14 he almost gave up on rugby as he had been playing a lot of representative cricket. It wasn’t until an opportunity presented itself to join a rugby tournament filling in as full-back – a new position to him – that he got back into rugby. Had it not been for that chance offer, and his own willingness to keep playing a sport he enjoyed, Jeff suggests he probably wouldn’t have ever become a professional rugby player at all.

As covered in this previous Balance is Better article, whilst many programs promoting early specialisation are designed with good intentions, there is evidence to suggest that those designed with performance in mind for children who are still developing (physically, mentally and socially) is not in their best interests. “I don’t believe that kids should have to make a decision early in life,” says Jeff, “because you don’t know when a kid is going to be at their very, very best. You don’t know when a person is going to develop.”

We know most children who participate in youth sport will not be professional athletes. In fact, the majority of children who get involved in sport to begin with cite concepts such as ‘fun with my friends’ and ‘learning new skills’ as key factors in why they turn up at all. Very few kids will start their sports journey with the sole ambition of becoming a professional. The key, as Jeff suggests, is to let young people enjoy their sports and let opportunities for specialisation come later for those few identified as having significant potential.

Jeff himself is a prime example of the benefits of late specialisation. But there are other current and former All Blacks who also followed this path. Beauden Barrett, Israel Dagg, and Kieran Read, for example, are all known for being handy cricketers, while Jon Preston played at Canterbury B level. Sam Whitelock was a talented basketball player before choosing to specialise in rugby in his late teens. “You watch the All Blacks now,” says Jeff, “and quite often they’ll come out and they’re throwing tennis balls around and playing different sports. Sometimes the finest skills that you’re trying to develop you don’t necessarily get by playing rugby itself.”

But does all of the pressure around youth sport and early specialisation come from the professional bodies? Not at all, suggests Jeff. As a parent himself, he believes much of the pressure created comes from parents who “are pressuring their kids down a path that they don’t need to go down”. He continues, “It’s my belief there’s a generation of parents who are in a rush; they want their kids to ‘get there’ as soon as they possibly can. So, they channel them down a direction. They’re taken away from other sports, from which they can develop a different set of skills. The moment you go down one path, you lose that opportunity to develop so many other things.”

Jeff explains: “There may be too much pressure on kids to go out there and succeed rather than go out and enjoy it. They can still compete, but not to the point where it’s the be all and end all. Why would you put pressure on kids who are eight, nine, ten, rather than emphasising what’s really important?”

In order to emphasise what’s important, it’s essential to place less emphasis on winning, says Jeff. To focus on developing those kids who want to be developed and coached, but to place the emphasis on different values such as fun, teamwork, and respecting the opposition. “Understanding the values that create good people and put smiles on their face,” he adds. “Winning should never be the only thing. Doing your best should be the most important thing.”

This is important for those parents facing conflicting advice when it comes to doing what’s best for their kids, with some forced into making decisions out of a fear that opportunities will be lost. For those parents, it’s important to play the long game, he says: “Focus on what is important, focus on the things that help your kids. Don’t force them down one path. Understand it’s important for their whole wellbeing. It’s more about them wanting to play sport for the rest of their life. Nobody remembers who won the under-8 grade in 1994 in Auckland – you’re worrying about a championship now rather than thinking about the benefits for someone’s life.”

Over-exposure to one sport is also something to avoid. This can be difficult as seasons now crossover at every age group, with little downtime or opportunity to play a different sport in a different season. This means young people are forced to commit to one sport and become overexposed, which may impact how much they go on to enjoy it over time and lead to them dropping out of the sport entirely and all the benefits it can bring.

Sport leaders, coaches, administrators and parents need to come together to support practices which ensure young people don’t specialise too early so they can develop a range of skills, removing the over-emphasising on winning so the focus is on development and making sure participants are having fun. “We have to take a stand,” says Jeff. “This is critical to our country in terms of the wellbeing of our kids going forward.”

We have seen this most recently with Sport NZ and five of the country’s largest participation sports taking a stand together in commitment to bring the fun and skills development focus back into the game for all young people.

“For their health, for their wellbeing, and for their mental health as well. There are so many positive aspects of these messages and the fact that we have national sports organisations with the courage to be a part of it I think is fantastic.”