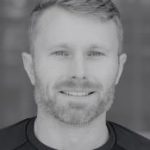 Dave Keelty Dave is a Coach, Coach Developer and Mentor. He has a significant amount of experience working with coaches and coach developers across a range of sports, both in New Zealand and from his time working in sport in Ireland. He is currently the National Development Manager with Volleyball NZ, and also runs a few coach development projects through his business.

Throughout next year, the world’s leading sailors will be competing in the Sail Grand Prix, providing ākonga with inspiration to design technologies to harness the power of the wind.  Buoyed by the strong uptake during the America’s Cup, Yachting New...
Sport NZ 2 Min Read
Balance is Better in Action

CRIC-KIDS steps up to the wicket

Cricket is the first of three Women’s World Cups to be held in New Zealand over the next two years and ākonga across the country can get involved with the tournament through the CRIC-KIDS programme.  CWC2022 has put the programme together...
Sport NZ 2 Min Read 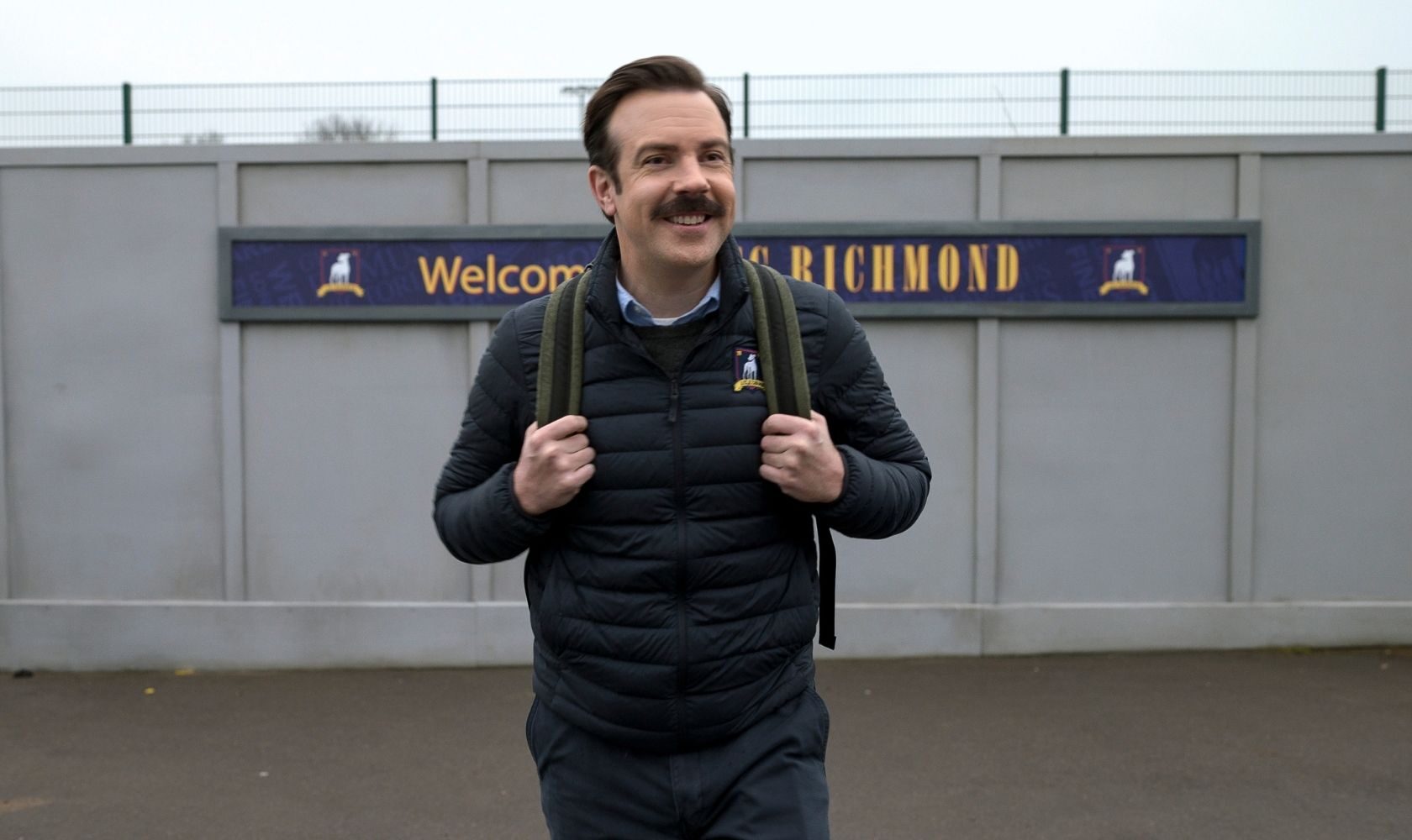 Sometimes the best learning comes from people showing us what not to do. In this blog, we look at Ted Lasso’s alter-ego Led Tasso, and examine some of his ‘unhelpful’ coaching behaviours as a lesson for coaches on how not to coach.

NB: Ted Lasso is R13, so please be aware of this if you go to watch the show. If you have young ones around that you’d rather them not watch an R13 show, maybe wait until they aren’t around.

NB2: A reminder, I’m not saying that every single coaching behaviour or idea depicted on Ted Lasso is a great one. But I do believe there are a lot of really good lessons and examples from the show that coaches, parents, and the wider public can learn from.

If you ask the regular person in the street to describe a sports coach to you, inevitably you are going to get comments like ‘tough’, ‘uncompromising’, ‘drill sergeant’ and descriptions along those lines. These comments might be ‘off the cuff’, but in a lot of people’s minds, that is how they think about coaches.

The reason I enjoy Ted Lasso so much is it shines a light on an alternative image to what a coach can be. It shines a light on where coaching has gone, for the most part, in recent history. Ted has high standards, but he shows he cares about his team. He challenges them to be better but creates a safe environment for them to make mistakes and learn from them. He isn’t afraid to step back from the limelight to allow others to step into leadership roles. The beauty of this show is it challenges the predominant narrative of how the general public perceive coaches.

So, when we are introduced to “Led Tasso”, Ted Lasso’s alter ego, in episode three, we really get to see the juxtaposition between the stereotypical ‘coach’ and Ted. Led Tasso is mean, insulting, doesn’t care about his players, harsh and unfair. In fact, he is rather aptly described as an a**hole. I want to use Led Tasso in this article as a case study in behaviours to avoid when coaching. Sometimes the best learning can come from people who show us what not to do.

Ok let’s unpack some of the behaviours Led Tasso demonstrated in episode three:

Yelling at his athletes

No one likes being yelled at, I think that is a safe statement to make. My question to all coaches when they yell at someone is, what is point of yelling in that moment? What are you trying to achieve? In pretty much all cases, what they are trying to achieve can be achieved another way.

Having one rule for himself and another for the players

Led Tasso gives his players a blast for being late to training, I believe the exact quote is:

“If you’re not stretched and ready to go 5 minutes early, you are 45 minutes late”

But when he gives this comment, he himself was late to the practice pitch.

Think about the message this sends the players.

The word that comes to mind here is integrity. What Led Tasso is doing is leading without integrity, and not role modelling what he expects to see in others. Alternatively, when you think of leader who has inspired you, I’m confident they would have demonstrated integrity consistently. They would back up what they say with actions, and role model the behaviours they expect in others.

It’s very hard to lead a team when you have one rule for some and a different one for others. In this example, if a player was late to training the following day, and Led decided to hit them up about it, the player could turn around and rightly point to the fact that Led himself was late the day before, so why does it matter? As a coach, you are standing on shaky ground.

Context from the episode: A player talks back to Led, so he makes the team run laps.

There are two reasons I think this is something for coaches to avoid. The first is outlined well in this blog by Dr. Kymm Ballard.

We want our young people to grow into adulthood with a healthy view of exercise and the benefit it has on their health and wellbeing. By using it as punishment for bad behaviour we are creating an association that exercise is a bad thing, and something to be avoided.

The second reason though is you are missing a valuable opportunity to capitalise on a teaching moment.

As an example, let’s say one of your athletes talked back to you. Instead of issuing 10 laps or 50 press-ups, you pull the athlete aside while the activity continues and have a chat 1-1 and find out why they reacted the way they did. Just to note, this doesn’t have to be a long conversation, but by doing this you are removing the player from the situation that got them frustrated or angry, which is a good thing. Even letting them relax without talking can work. You can then discuss how they behaved and what a better way of behaving would be OR have that conversation with them at the end of training. Taking this approach means you can understand why your athlete acted the way they did, and address that. And you can have a rational conversation about a different way to behave next time that situation comes around. That is a win on two counts and leaves your athletes confidence and dignity intact.

Criticising mistakes in front of everyone, and without providing insight or feedback

A player makes a mistake in an activity that disrupts the flow of everyone else, and Led Tasso rips him out in front of the team for that mistake. However, the criticism isn’t based on anything the player did wrong technically or tactically, rather it’s a comment

“Dammit Richard I haven’t seen a pass that soft since my high school drama teacher asked me to mow his lawn”.

There are two things to address here.

One is the feedback (or lack of it). There was nothing helpful to the athlete from that feedback to help them improve their performance. Led did nothing to help them understand why they made the mistake. Put yourself in the players’ shoes. You’ve just made a mistake, you know you’ve made a mistake, and then the coach outlines to you and everyone else that you made a mistake but gives you nothing more than that. Talk about stating the obvious! The funny thing is, I think we all at times have fallen into this trap when we coach. We get frustrated that an activity isn’t working, that we didn’t explain it as well as we could have, that the concentration of the players isn’t where it should be, or something similar. We then take out that frustration on a player who happens to make a mistake at the wrong time. Here is my advice, unless your comment can add value to the player who made the mistake, don’t say anything. They will know they’ve made a mistake already!

The second is the fact that this happened in front of everyone in the team. This is a great way to make the player feel 2cm tall. It takes away their dignity and replaces it with shame and/or embarrassment. Like yelling at a player, I don’t think there is ever a place for this. You can give negative feedback, correct a player or even challenge them to improve their performance in a way that keeps their dignity intact.

From what I saw in this episode, I can’t say I think Led Tasso is a coach we’d want to emulate. But, as I said at the top, sometimes we can learn from bad examples when they show us what not to do. There was plenty to take from Led Tasso around what not to do as coaches. So, thanks (I guess) Led, for highlighting some behaviours we should be avoiding.