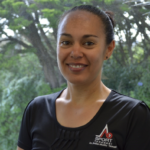 Changing how we talk about young women’s bodies

The physical and social changes teenage girls go through can often push them away from sport. So we need to change the way we talk about puberty and periods, says women’s health in sport working group, WHISPA. This story was originally published...
WHISPA 9 Min Read
For Parents

The changing of seasons has historically seen frustrated parents, flummoxed coaches and overworked athletes. The Covid-19 Pandemic provided an opportunity for New Zealand sports codes to address this. As one sports season rolls into another, many young athletes...
Sport NZ 4 Min Read Bold and courageous leadership within the hockey community means more young Taranaki players are being offered better opportunities to learn new skills and have fun with friends. Changes to the traditional representative pathway for u13s and u15s were not without challenges but have resulted in experiences that improve inclusive skill development while making hockey fun for all.

The 2021 season saw big changes in age group hockey at a national and regional level. Looking to increase access, push talent identification out and make competitions more fun Hockey New Zealand disestablished the traditional national u13 and u15 tournaments.

This move brought hockey more into line with Sport New Zealand’s Balance is Better philosophy. The evidence supporting Balance is Better shows outdated sporting models that do not meet young people’s needs contribute to them dropping out of sport as teenagers.

Hockey associations met to decide what non-negotiables would be for the new format. They agreed on things like:

Hockey NZ issued these recommendations for all regions. Taranaki Hockey, together with the Lower North Island, adopted them with some additional measures.

They changed the language around events from tournaments to festivals and shortened the events to four days rather than five.

Denise Hill from Taranaki Hockey, who is also the Lower North Island Lead, said they planned a nine-week series of development sessions culminating in an optional four-day festival.

Four festivals (u13 girls, u13 boys, u15 girls and u15 boys) were spread across four regions over four days. The first two days were a random draw, then another draw was created for the final two days to ensure teams were continuing to have fun and coming up against equal ability teams.

Matches were kept shorter to allow several games a day and more game time for all players.

Denise believes the Balance is Better workshop for governance boards hosted by Sport Taranaki and delivered by Sport NZ in October 2020 laid a crucial foundation of understanding for the Taranaki Hockey Board.

“We had really great buy in as they [the Board] all attended and from there on in, the entire board knew what it was about”. They may have their own personal views on the philosophy, but they have all supported the implementation of the festival initiative and are delighted with the feedback we have received”.

Taranaki Hockey held two parent meetings sharing Balance is Better evidence on the need for change and they held a coaching for development workshop for the coaches involved in the development sessions. Sport Taranaki delivered the workshops, highlighting Balance is Better and Good Sports and provided tools and techniques to provide the best experience for the young people in their teams. “This was a really good win for us. If we hadn’t tied the workshop to the information session we were already delivering, they would have been less likely to attend. We would definitely do this again next year and will consider doing this with parents,” Denise said.

Denise said the development sessions were also used to evaluate coaches and their alignment to the “non- negotiables”, Balance is Better, and their ability to coach at the festivals before announcing the festivals coaching team. Taranaki Hockey staff accompanied festival teams on their trips away to ensure coaches stayed in the Balance is Better mindset. “It was a great move as despite the best of intentions some coaches naturally gravitated to the way they’ve always done things which at times was outside the Balance is Better way of thinking. Having us there to provide some gentle reminders was really helpful in keeping them in the zone and living the Balance is Better philosophy,” Denise said. To reduce barriers for festival opportunities, Taranaki Hockey have a hardship fund that families can apply, however there were no applications this year.

Taranaki Hockey had a definite increase in numbers engaged with the development sessions compared to those that would be involved with a traditional programme.

There were 180 players, quite evenly split between girls and boys, who attended the development sessions. Half of these went on the festivals. There was some resistance to the changes, mainly from those used to traditional representative models who could not quite see the benefits that the planned changes would bring.

Some participants and coaches did not participate as a result. However, wider feedback received showed these changes were hitting the mark with the majority.

94% of parents rated the development programme 4 or 5 out of 5. Parent comments included:

“Loved a trip away playing hockey with friends.”

“Exposed to other regions playing styles, lots of hockey and interaction with other kids.” “Made lots of new friends.”

“He said he learned more during the festival about controlling his feelings during a game and improving his game than he ever has before. He said his coach was great and that even though he still wants to do reps, he would still choose the team he had over a rep team. I think he felt challenged but also felt he improved as a hockey player and most of all, really enjoyed himself. I think it reignited his passion for the game which had waned due to a poor school season”.

100% of players rated their experience as enjoyable Player comments included:

“I found it really fun as I don’t do things on a Sunday, I got outdoors with my mates and made new friends.”

“They were fun, any training session was fun.”

“I loved it; it was super fun as you make new friends along the way.”

100% of umpires would recommend other umpires attend festivals in the future.

Denise said an incident at one festival also helped highlight why these changes were needed to the representative pathway.

“We had an incident over the festivals where one hosting association made a call in the final two days to implement a semis and final situation and it really put a spotlight on all the things, we are trying to eliminate in youth sports.  Once the call was made, teams started selecting their best playing team, there was fighting over players, kids were in tears knowing they weren’t as good as the others and would be on the side-line for the next two days, parents were texting their kids telling them they had to win the next few games to get in the top four. While this experience wasn’t in alignment with what we were trying to achieve through our festivals, it really helped to reinforce that we were doing the right thing.”

“Some of the smaller associations weren’t ready to implement the changes last season but after seeing the success we’ve had with the festival experience they will likely look to follow our lead next season”. Being the light that others can follow is also a real positive impact Taranaki Hockey is having on the sporting system.

What Has Been Learnt?

Taranaki Hockey learned a lot implementing these changes which will inform their planning for 2022.

“It’s vital that we recruit the right coaches from the outset. Those who are not of the BIB mindset, no matter the education and upskilling that they receive will still likely revert to their previous ways of doing things despite their best intentions. At times they were just so competitive, and they couldn’t turn it off,” Denise said. “We struggled getting enough coaches for our development sessions but next year we will target the u18 representative players to be some of our development coaches. They seem to buy into the BIB philosophy more and we can budget to provide some incentive for them to be involved.”

As soon as teams were announced, with not all players going to festivals, the coaches seemed to change their approach and started focusing on those kids who were attending the festivals.

“Next year we would look to do a seven-week development programme and then two weeks specifically for the kids going to festival. That way we eliminate the situation where kids are feeling left out if they are not going off to festival,” Denise said.

This new approach increased administration workload for Taranaki Hockey staff as they picked up operations, communications and fundraising tasks which were handled by team managers in the traditional model. This will be planned for in 2022.

The review process also identified a need for steppingstones from the u13 to the u15 grade to provide better for age-appropriate development.   Therefore, u13 will be a 3-day festival focused on “participation” –   with more shorter games, while the u15 will be termed a tournament focused on “learning to compete” with four days and with less games per day. Neither festival nor tournament would result in an overall winner or return to the traditional model.

Taranaki Hockey will also look to put in place consistent messaging across the Lower North Island to promote positive change. “Last year we only conveyed what the change would be, but this year we have some evidence as to why the change is positive that we can share, helping to bring our community on the journey,” Denise says.

It was also identified that consideration of umpires was missed in the planning process.

“We really dropped the ball on this. Although we have a good umpire development programme, we need to unsure they are part of the thinking, that they are provided opportunity for upskilling as part of the festivals. It’s absolutely an opportunity to create a pathway for young umpires coming through and to inspire the next generation”.

Denise advises other codes looking to change their representative programme to ensure clear communications to all parties and to recruit the right people to help implement the vision.

Through some bold and courageous leadership within the Hockey community, young Taranaki hockey players are being offered opportunities to learn new skills and generally have fun with their mates in a hockey context.

After the comprehensive review and reflection of the new talent ID pathway Hockey is putting in place for their participants, and in seeing all the positive feedback from the young people involved, it’s clear that participants going off to festival in 2022 are in for an experience that enhances inclusive skill development and fun for all.