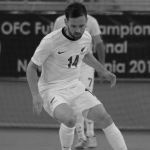 This article is republished with permission from iCoachKids. One size doesn’t fit all: not in training sessions, not in matches, and not in the personal profile of coaches. To solve this problem, three years ago the Belgian football...
Kris van der Haegen 3 Min Read
Watch
Sport Leadership 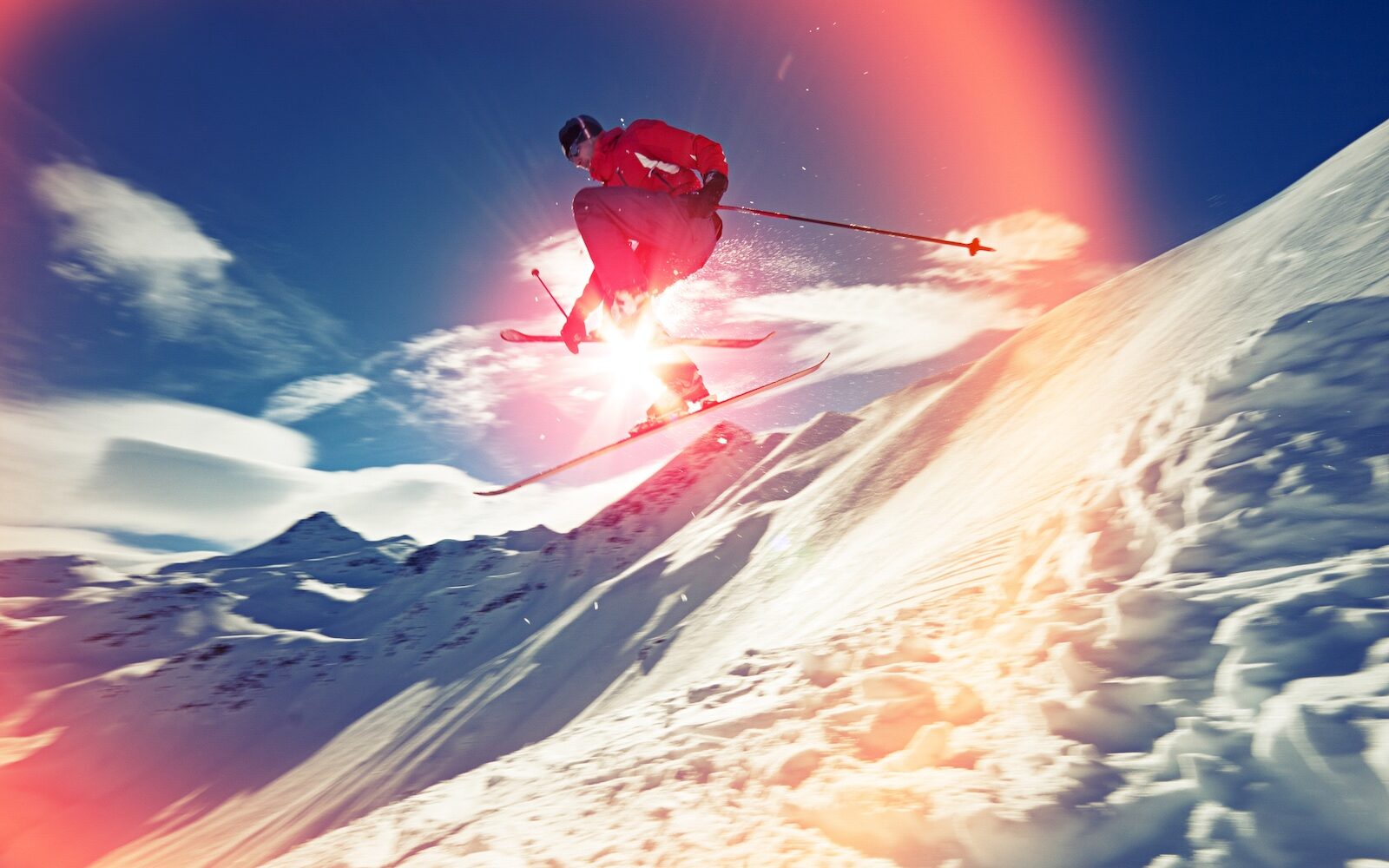 At Player Development Project we often talk about the importance of the player development environment. We encourage coaches, clubs and parents to take a holistic view – a view that considers the immediate and long-term influence of cultures, societies, organisational structures and global systems. However as well as this zoomed out view, a holistic approach also incorporates a deep appreciation of the environment.

As well as containing the values and narratives that shape motivation and mindset the environment affords possibilities for action:

“Affordances are possibilities for action provided to an animal by the substances, surfaces, objects and other living creatures that surround it”

To me, the goals of Henrikh Mkhitaryan and Olivier Giroud support the idea that the affordances (possibilities for action) available (to a form of life) are much more rich and more diverse that standardly recognised (Rietveld & Kiverstein, 2014). In this blog I share my own (learning) experiences uncovering affordances and discuss the concept of a form of life in relation to skill acquisition, creativity and novel possibilities for action.

Learning to Move in a New Environment

I recently got back from a week of skiing in Åre, Sweden. Frustrating, exhilarating, terrifying and eventually rewarding, learning to ski reminded me of learning to surf. Probably because the surf and the slopes are two environments whereby I possessed no skill and struggled to move how I wanted, where I wanted. Affordances have also been called invitations for actions and when learning to ski and surf I was invited to fall.. a lot.

After falling off a wave I’d sometimes see a dolphin, surfer and body boarder all skilfully accepting and enjoying the different possibilities for action afforded to them by the same wave. A vivid reminder that the same environment doesn’t provide animals, or people, the same affordances.

It’s tempting to think that the same wave provides surfers, dolphins and body boarders the same affordance. But due to different constellations of constraints humans (surfers) can’t glide under the wave and jump through it, just as dolphins cant ride surf boards.

The idea that humans and dolphins are offered different affordances by the same wave is pretty easy for me to get my head around – they are clearly different forms of life. But this doesn’t explain my experience learning to surf.

I remember surfing with my friends Adam and Simon (experienced surfers), three humans, all the same form of life. But after 30 minutes of ‘getting smashed’ (a technical term in the surfing community) and watching my friends effortlessly ride waves into shore I didn’t feel like the same form of life at all. I was starting to realise that an experienced surfer and non-surfer (a beginner like me), may as well be on different planets moving through the waves, never mind different forms of life.

A Form of Life

A form of life is determined by an animals consistent patterns of behaviour, for example relatively stable and regular ways of doing things. In humans these regular patterns emerge in the normative behaviours, customs and socio-cultural practises of our communities (Rietveld & Kiverstien, 2014). For Adam and Simon, surfing was a regular pattern and a relatively normal behaviour, they are surfers. For me surfing was anything but regular, it felt abnormal and uncoordinated at best.

If forms of life are determined by the socio-cultural practises humans partake in does this mean footballers, dancers, skateboarders, skiers, martial artists and surfers are different forms of life? Or are they variations within our human form of life? Research suggests that our forms of life may determine our affordances, our possibilities for action, and our potential for creative moments.

Adapting to the Environment

Learning to surf I couldn’t see the waves coming, I didn’t know where to position myself or where the wave would break. I couldn’t read the waves, never mind paddle, duck dive or pop up on the board (not in that order). I couldn’t figure out what aspects of the ocean I should be paying attention.

When Simon grabbed hold of my board, positioned me, and pushed me into a wave I could catch it and sometimes stand up. However in this situation he was the one attuned to the ocean, aware of the critical information in the environment, he was finding the affordances.

I had a similar experience skiing, when I followed my girlfriend down the mountain I didn’t have to pay attention to the intricacies of the slope or be aware of opportunities to turn. I just turned when she turned and concentrated on shifting my weight over my big toe and off my back leg, doing this I got down the mountain and assumed I was improving. But when I had to ‘go first’ all hell broke loose, same mountain, same snow but now I had to be attuned to more critical information sources and uncover the affordances to turn… needless to say it was messy, there were less possibilities to turn and more invitations to fall.

“In acquiring a skill we learn in which places in the environment to find the affordances relevant to our concerns and what aspects of environment to attend to. The acquisition of a skill by a novice involves what Gibson has called an “education of attention”

Learning is Adapting. Being Adaptable is Being Skilful

When Simon grabbed my board and positioned me in the waves he was finding the affordances, but also potentially helping me become aware of the affordance too – was this part of my education of attention? Similarly when skiing, both following my girlfriend, and leading, down the mountain were important steps in my ‘education of attention’ as I became attuned to the environment.

“Affordances are possibilities for action the environment offers to a form of life, and an ecological niche is a network of interrelated affordances available in a particular form of life on the basis of the abilities manifested in its practices—its stable ways of doing things.” .

Within our human form of life we may say that the surf, the skiing slopes and the football pitch each represent a different ecological niche . Each ecological niche has different networks of affordances available to particular forms of life (surfers, skiers, footballers, dancers, skateboarders).

Wether your skiing, surfing or playing football the most skilled individuals are the most adaptable, the most attuned to their changing ecological niche and the affordances available. These skilled performers adapt to changing waves, changing slopes and changing football matches. The research suggests that these adaptable, skilful individuals may have benefited from diverse movement experiences:

“By acquiring abilities that flourish in different sociocultural practices than one’s own, one can come to see new possibilities for action (affordances) provided by the material environment” .

These ideas may explain how Samba and Capoeira contributed to the creative, flamboyant playing styles of ‘old school’ Brazilian football players. However it’s important to remember that the ‘way of doing’ Samba, Capoeira and Football in Brazil has been shaped by the socio-cultural context and many other social factors:

“Skill is as much a social act as it is a physical act and therefore ecological perspectives and social theories that take account of the complexity of the learning context have a part to play in explaining how skills are performed and learnt.”

While I’m not suggesting that developing football players need to ski or surf I do believe that varied and diverse playful experiences, in different environments, inspire different movement patterns and may lead players to find the novel affordances that inspire creative behaviours.

Adapting to new environments and exploring new movement cultures may increase players openness to affordances that provide the possibility for Scorpion Kicks and other creative actions we can’t yet imagine.