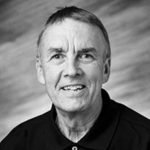 Sport NZ’s Balance is Better philosophy is centred on ensuring all young people, regardless of their ability, have a quality experience playing sport. We want young people to stay in sport and realise their potential, not be turned...
Andy Rogers 4 Min Read
Coaching Fundamentals

This article is republished with permission from iCoachKids. One size doesn’t fit all: not in training sessions, not in matches, and not in the personal profile of coaches. To solve this problem, three years ago the Belgian football...
Kris van der Haegen 3 Min Read
Watch
Sport Leadership When asked to comment on what he found to be so special in playing the classical guitar, Andres Segovia spoke of his sitting position in playing it. He said he leans his body forward slightly to support the guitar against his chest, “for the poetry of the music should resound in our heart.” So why shouldn’t the poetry of the sports player resound in his or her heart? Which is what this research study is about: How can we improve the very heart of our play?

These authors argue that without re-thinking the ways we teach and test a functioning player there is little chance for experiencing poetry in motion. Hence, this study explores the relationship between learning and the continuous development of a player’s skills and talents. There are two components of this relationship. First, in any sport there is the primary need to ensure that skill acquisition is effective and efficient. Second, there must be a way to ensure that any tests of such skill acquisition are valid, that is that the tests we use to measure performance skills are actually measuring the skills and talents of the performance and not something else.

Consistent with what applied research aims to do, the study hangs on the logic of identifying theoretical principles from which best practices can be derived. In this case, the authors of the paper take an ecological dynamics approach to skill acquisition. This, they believe, will happily yield positive results.

Ecological dynamics belongs to the more inclusive category of complexity sciences. This approach to studying sports argues that by far the best way to design useful research is to study sports in the context of individuals and teams playing them. And it is the complexity of the multiple relationships between the various operating systems (neurobiological, perceptual, muscular, cognition, decision making, and intention) that give us interacting patterns of behavior and action. These patterns can be studied. The authors give their readers a lengthy literature review of the interesting range of studies in a variety of sports demonstrating the counter-intuitive fact that interacting constraints actually increase the possibility of creative and original sporting experiences.

In particular, this study is focusing on the ecology of the dynamic performer-environment relationship. First, they make the case that whatever learning designs are adopted, they must be representative of the playing context. This line of thinking is in direct contrast to many teaching practices and in many sports. In the research cited, it is dynamic and not static practice regimens that produce creative players. Simplistic, reductive, and non-representative training drills can be a complete waste of time, the research seems to show. Instead, the authors argue for practice time better spent simulating as much as possible the competitive performance environment in whatever sport the training and learning is being designed to represent. This effort requires what the authors identify as action fidelity.

The same argument is used to suggest a more faithful way to evaluate various skill and talent evaluation measures. One rather typical way in association football to evaluate player performance is to use variations of a three task skills testing. Passing and shooting tasks required players to kick a moving ball with constant speed at four randomly determined targets; passing distances were depicted as short (4.2m) and long (7.9 m); and dribbling testing involved maneuvering around seven cones three meters apart over a course of 20m. But what these kinds of test miss is the inherent variability of passing, shooting, and dribbling in competition. The missing links are the contextual relationships between the ball, the defenders, and the velocity of both. In other words, what’s missing are the interactional constraints in the game itself. While a player taking such a test may test well, there is no guarantee that the player will play well.

Instead, the authors suggest a different way of approaching the design of representative skill and talent tests. They encourage using not just product (performance outcomes) such as linear trials, times, shots on goal. Instead they argue for testing how well a player can move on the same specifying information variables the players will use to control their actions in specific performance contexts, such as process variables like the playing dynamics, stability of behavior, space-time relations.

In the end, these authors use the more recent research literature on motor skill acquisition to call for more thoughtful approaches to practices and testing in sport talent development. They especially argue for the need for representation in testing and practicing designs. That is, the constraints used in both should represent so much as possible precisely what is called for on the fields of play. Learning tasks and evaluation tasks must show faithfulness and functionality to the demands of the sporting contest. The test of the learning and testing tasks is the extent to which they correspond to the actual playing expectations and demands. And if the very idea of development means one thing following another, then how else can creative talent develop if the things that follow are inconsistent with what the sport entails?

And so we return to Andres Segovia playing the guitar. When asked about the idea of freedom in his playing, he surprised the interviewer when he said, “Oh no, I don’t play my guitar at all. It plays me.” So it is when skills learning and evaluation testing are designed as seamless episodes in a sport. So taught, practiced, and tested the player develops his talent in order not to play the sport, but to be played by it, where the poetry of the play resounds in his heart.

The Path to Excellence: Developing Warriors not Winners
Performance is a Behaviour, Not an Outcome
4 Benefits of Functional Movement