Silver Fern netball captain Ameliaranne Ekenasio reckons she wouldn’t be playing netball right now if she had specialised early. Growing up in Bundaberg on Australia’s Queensland coast the specialist shooter knew nothing about netball until she became a...
Sport NZ 6 Min Read
For Coaches

This article is republished with permission from iCoachKids How do champions behave and train? What sets apart the best from the rest? How can coaches help athletes learn these behaviours? In this article, Prof Wade Gilbert unpacks some...
Professor Wade Gilbert 5 Min Read 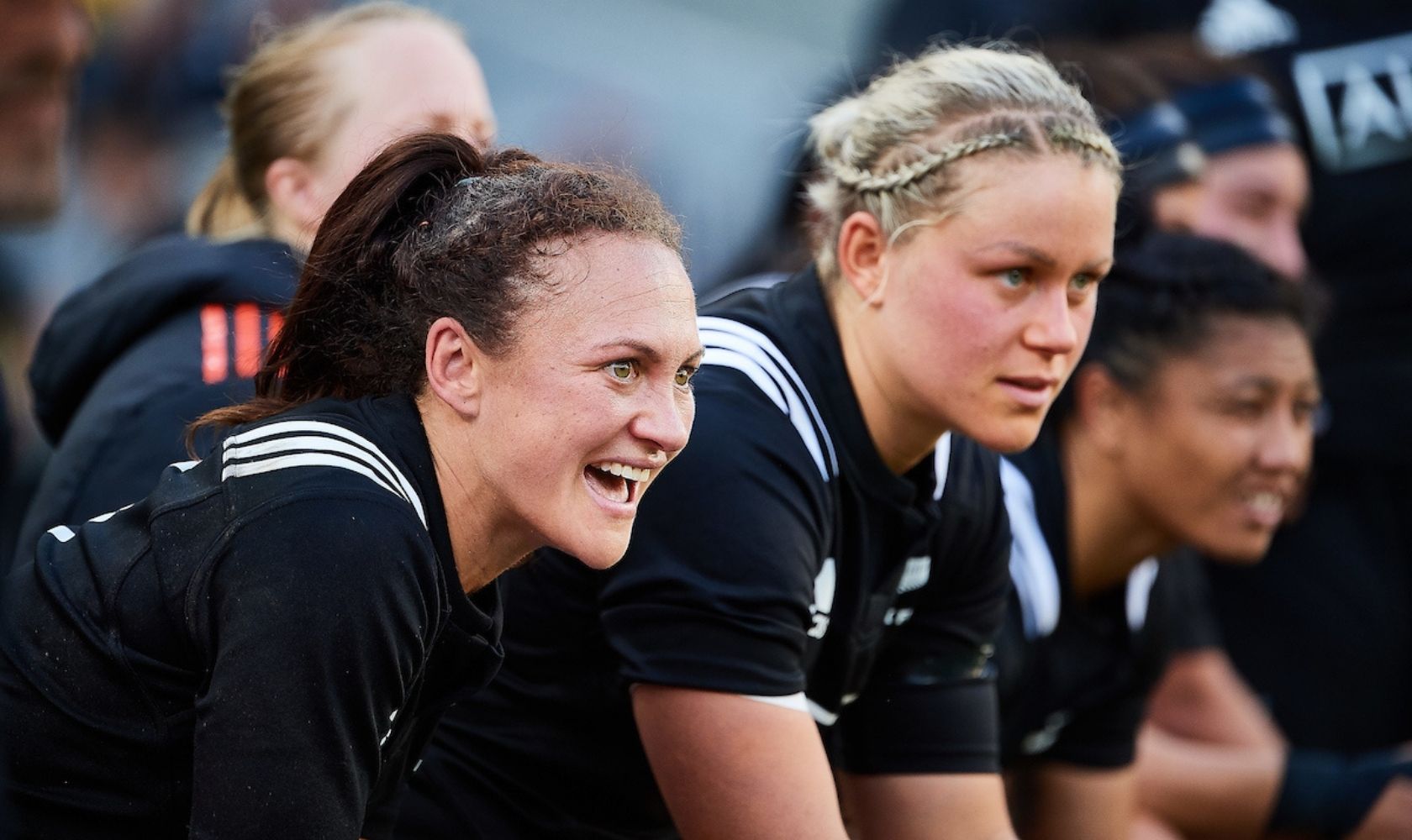 As player development manager for the Bay of Plenty Rugby Union Les Elder has seen first-hand the impact the focus on winning has on young people.

“Before I started working in sport I had similar attitudes towards sport where my focus was centred around winning, I didn’t know too much about early specialisation and I thought academies were the best way to go.”

But through her job she began to see that drive to win meant young people were missing out on games and sideline support was not positive.

“I could see the impact it was having on these kids in terms of taking away the fun element and segregating the participation, everything was delivered to the most talented kids.

“Enjoy the learning, the growing, the challenges, the failings, you’ve got to enjoy that journey otherwise you miss out on so much if you’re totally focused on the outcome.”

They are lessons the Black Ferns captain – who will defend their World Cup title on home soil this year – has learned both as a player and through her work.

Now, as a Balance is Better ambassador, the new Mum to baby Mihiterena hopes to tap into her experiences to help instigate change.

Top of mind is for adults to provide youth with quality positive experiences without the pressures of having to narrow down their choices.

“Allow them to play multiple sports and give them the flexibility to do that – it might mean understanding their load to know whether or not they need to do all the fitness you’ve planned, you’ll likely find they’re active in other spaces.

“Be adaptable and build relationships, understand who they are off the field if you want to get the best out of them on the field.”

Bringing friends and whānau together

Most of all, make it fun.

“They play sport because they want to be with their friends and they want to have fun. Keep it fun, keep engaging them through learning, provide variety and they will keep coming back.”

It’s exactly how Les, who has four older brothers, felt growing up in the small King Country town of Taumarunui.

“I remember walking with my school team from school through town to the tag fields every Friday.

“We were a contingent carrying this giant teddy bear as our mascot, they were good times.”

She also recalls frosty winter mornings on the netball courts, standing with hands underneath armpits just to keep warm. But it was still fun.

“We ALL got to play, everyone got a game, we rotated positions so there was never just one player who stood on the sideline.”

After netball Les would often duck over to the nearby rugby fields to watch her brothers play, or jump on to make up numbers.

“After our games our parents would play their sports, I remember Mum’s friends coming back to our place after netball for debriefs and barbecues.

“Everything revolved around sport in our house and as a small town the whole community was brought together by sport.”

Les’ love for rugby began at home with her four brothers.

“We started with knee rugby in the lounge, we’d run on our knees tackling each other.

“That would progress to bullrush outside with all the neighbours’ kids, rugby in the backyard with the brothers, or on the marae with all the cousins.”

While Les continued to play netball her Dad suggested she’d make a good rugby player because of her aggression on court.

She took heed of her Dad’s advice, and at 14 years old, was the only girl who rocked up to rugby trials, only to be told she was not allowed to play alongside the boys.

“My Dad was furious, but on reflection the school hadn’t ever had a situation like this before where a female student wanted to play rugby in a boys’ team before, they didn’t know how to handle it.”

She wound up in that team, tucking her hair into her head gear, and adding it to her repertoire of other sports – netball, touch, cricket, basketball and later on, crossfit.

“I continued to play every sport I could, which was easy back then because codes had seasons, parents and teachers were far more involved, it was affordable, and easy.”

She went on to play 10 games for Waikato in the Farah Palmer Cup version of the competition before switching her focus back to netball after women’s rugby in the Waikato disestablished.

After completing a degree at Waikato University, Les moved to Australia where she got back into rugby, returning here three years later and making an impression for Waikato in her comeback in 2014.

“I remember that call, I was so happy, I had originally missed out on the team but I got called in for injury cover.

“It was a dream come true, growing up Richie McCaw was a huge idol of mine – I’d never seen a female rugby player until four Black Ferns came to our school and I was blown away by them too.

“They were so athletic, so fit and had such great skills, they were really inspiring and they definitely had an impact on me wanting to become a Black Fern.

“But the pathway to getting there wasn’t straight, life just happened for me, there were bends, corners and ups and downs to navigate.”

One of her biggest setbacks was being stretchered off the field, leg broken in two places during one Farah Palmer Cup match, just 11 months out from the 2017 Women’s World Cup.

However she fought her way back into the Black Ferns through sheer determination and hard work.

“I remember sitting in Waikato hospital after surgery on my leg and thinking, I’m 29 that’s it for me.

“Then I had a call from Glenn – he said this isn’t the end for you, get back on the bandwagon, work hard and know there’s still an opportunity for you, and that was all the motivation I needed.”

Winning that World Cup was therefore a massive moment in Les’ sporting career, much like her Black Ferns debut, in which she played just four minutes, back in 2015.

Being named Black Ferns captain in 2019 was an honour too but a decision she didn’t take lightly.

“I talked through a lot of the questions with my family and my mentor, who I often confide in, around whether I was ready for this, am I the right person for the job, is this what I want in my life right now, as we had plans to start a family…”

Having a strong support network has been critical in Les’ success as a player and leader.

“My family keep me grounded, they bring me back down when I need to be brought down, they challenge me, they’re honest with me, and they are always here to help behind the scenes.”

Remembering the reason why she plays rugby also keeps her grounded.

“It’s understanding your purpose, I absolutely love the game of rugby, I love watching it, I love playing it, I love being in the environment.

“When it gets tough, when you sometimes wake up and wonder why you do it, I always come back to that I do it because I love it.”

On reflection, Les believes the skills she’s taken from her other sporting codes has made her a better rugby player.

“Every sport has a different environment and culture, different coaches with different perspectives, and I’ve taken all those learnings on board which has helped to shape me into the rugby player I am today.

“And my work ethic… whatever sport I played I’d give it my all, in rugby I’m not the biggest player, I’m not the fastest nor the most skilful but I’ll be one of the hardest workers in the room.”

Finding balance is important too but something Les has struggled with until becoming a new Mum.

“I work in rugby, rugby is my passion, so I’d switch off from my day job and switch into my passion of training and while I loved it, it meant I’d always struggle to create balance for myself.”

Baby Mihiterena has changed that.

“I’m a busy Mum outside of sport and that has allowed more balance.

“I love being with my family as much as I can, we go to the farm in Taumarunui to disconnect and reconnect with them and living at the Mount and being by the beach I love getting into the water as much as I can, I love it.”