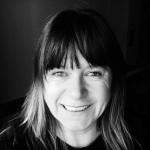 Dr. Jo Mitchell Jo is a clinical psychologist who works with individuals and groups seeking to achieve valued life goals, find meaning and live well. She works with professionals experiencing mental illness, burnout, or struggling to manage stress in their lives. She also has a specialist interest in working with athletes, particularly managing athletic and life transitions, mental illness and wellbeing, and has 20+ years experience in the sport industry.

Dave Keelty unpacks whether experience is the be all and end all to becoming an expert.  To get better at something, we need to do more of it. Get more reps in, do the work, put in the hard yards....
Dave Keelty 2 Min Read
Coaching Fundamentals

The Importance of Self-Reflection 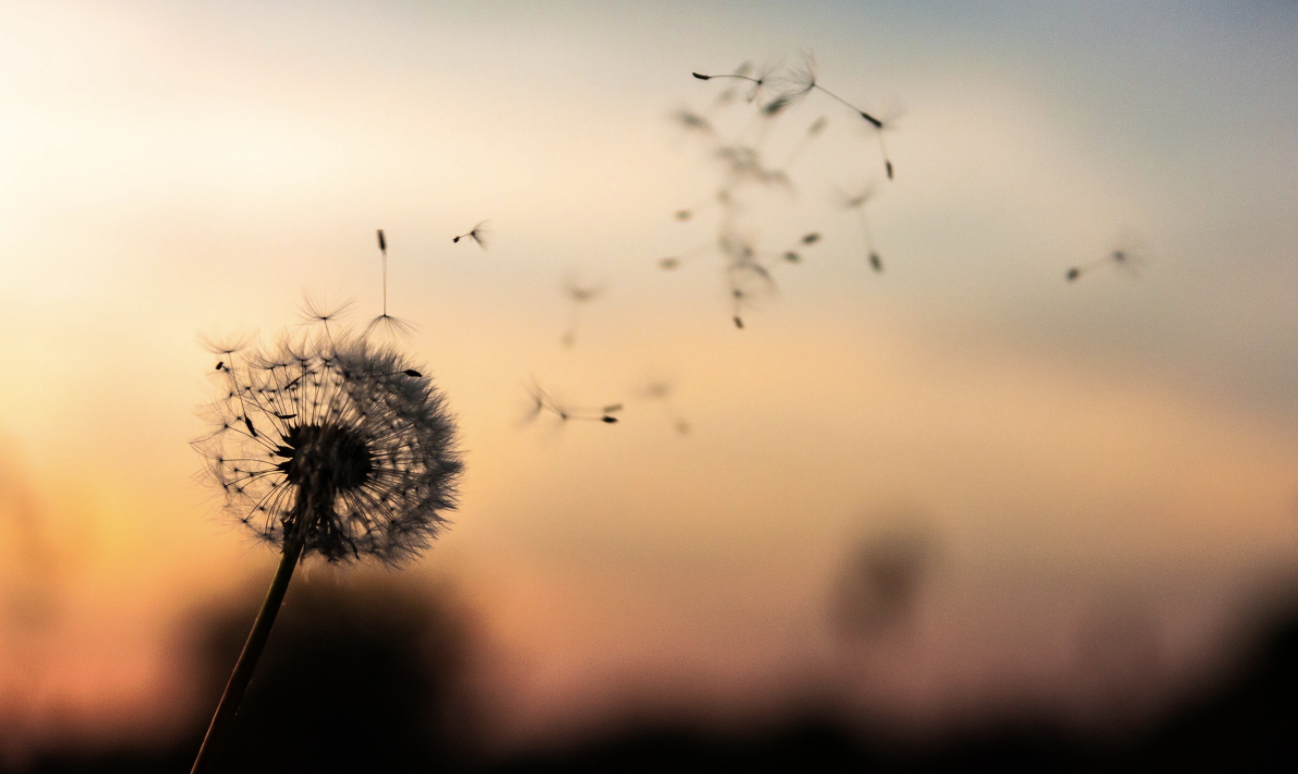 In times of uncertainty, the practice of mindfulness has never been more important. Around the world people are riding this wave on mindfulness – a simple, but by no means easy, mental practice. The practice of mindfulness is not new; in fact, it has been around for centuries and is most commonly associated with Buddhism. What is new, however, is the attention it is garnering from science, business, education and sport.

AC Milan were football’s trailblazers in this area, creating a mysterious ‘Mind Room’ in the mid-2000s. They considered this glassed-in facility their team’s secret weapon, helping players to relax, reduce stress and rejuvenate. The club believes the Mind Room helps to enhance performance and reduce the risk of injuries; in fact, many believe it was their ‘x-factor’ during their domination of the mid-2000s.

On leaving the Azzurri, AC Milan coach Carlo Ancelotti, with help from Sports Psychologist Bruno Demichelis, evolved the concept, creating new Mind Rooms at Chelsea and Real Madrid. Success followed Ancelotti and his record breaking CV now speaks for itself: he is the only manager to have won the UEFA Champions League three times and also received a runners’-up medal. At the end of the 2013-14 season, Ancelotti joined Bob Paisley as the only other manager to have won three European Cups, and he is one of the five managers to have won a European Cup with two different clubs.

However, while Carlo is football’s mindfulness master, one of the greatest NBA coaches, Phil Jackson – also know as ‘Mr Zen’ – was probably the original pioneer in coaching. Jackson incorporated mindfulness strategies – from meditation to yoga, to playing basketball in the dark – throughout his coaching career with LA Lakers and Chicago Bulls. This influence rubbed off on players such as Kobe Bryant and Michael Jordan.

‘When we are in the moment and absorbed with the activity, we play our best. That happens once in a while, but it happens more often if we learn how to be more mindful.’ – George Mumford, Sports Psychologist to Michael Jordan

Jordan’s sport psychologist, George Mumford, has also been vocal about teaching mindfulness: ‘When we are in the moment and absorbed with the activity, we play our best. That happens once in a while, but it happens more often if we learn how to be more mindful.’

Mindfulness is about noticing where your attention is currently focussed (be it the past, present or future) and intentionally bringing it to the present moment, with an attitude of gentle curiosity and acceptance.

Even if you haven’t seen the plethora of media on the topic, you’re probably familiar with the experience of mindfulness – those moments of being truly present, in the moment, and without judgement. Maybe it comes to you in moments of stillness, such as when you’re immersed in a good book or lost in nature. Maybe it comes to you when you’re absorbed in exercise or sport, cooking in the kitchen, or playing with your kids or pets.

Sadly for many of us, the experience of mindfulness is becoming less and less common. In our switched on, wired up, 24/7 culture we spend more time on autopilot, reacting to the array of internal and external stimuli – judging, problem solving, analysing, comparing and fixing. It has been suggested that this is one of the reasons we see more stress and mental illness in modern life – too much time spent disconnected from the present moment and judging ourselves and others.

So why the wave of interest in mindfulness? It seems the ability to tune-in to the present is accompanied by a range of health, wellbeing and performance benefits. It is being incorporated into treatments for stress, depression, anxiety and pain management. It has also been successfully applied to build resilience, wellbeing and performance. It is being used in education to enhance attention, learning and memory. Mindfulness is a psychological skill that can be learnt and becomes stronger with practice. While more is generally better, as little as ten minutes a day of regular mindfulness practice has been found to lead to noticeable benefits. Meditation is the most common form of teaching mindfulness; however, other non-meditative strategies can also be used.

Mindfulness in the NFL

Not surprisingly, some of the best professional athletes and sporting teams in the world are turning to mindfulness and meditation to help reduce stress, improve focus and enhance performance. However, somewhat surprisingly to some, the super-charged, adrenaline fuelled, hyped up experience that is American Football is benefiting from the serenity of mindfulness. Pete Carroll, coach of the Seattle Seahawks – a team who set several season records, such as being undefeated at home – attributes mindful meditation as a major factor in the team’s 2013 Super Bowl Championship win. Carroll came to believe in meditation as part of his coaching philosophy after being fired from the Patriots following the 1999 season, as outlined in an excerpt from an article published on espn.com:

‘[Carroll’s] dream was to fundamentally change the way players are coached. The timeworn strategy is, of course, to be a hard-ass – think Bear Bryant banning water breaks, Vince Lombardi screaming and yelling, Mike Rice throwing basketballs at players’ heads, Nick Saban berating his team on the sideline. Carroll craved a chance to reimagine the coaching role in the NFL: “I wanted to find out if we went to the NFL and really took care of guys, really cared about each and every individual, what would happen?”

It is an approach which seems to have rubbed off on his players, with team member Russell Okung recently stating: ‘Meditation is as important as lifting weights and being out here on the field for practice.’

A New Frontier Down Under

In 2013 Australia’s national cricket team developed its own player mindfulness program in conjunction with not-for-profit mindfulness campaigners Smiling Mind. Former Australian cricketer and current West Australian coach Justin Langer has been an advocate of mindfulness for years, and explains its importance to the sport: ‘Without mindfulness success just isn’t possible. Whether you are playing cricket as opening batsman at Test level, or running a business, or working in a service industry, the greatest challenge is to understand that, when the game of life is in full swing, you must live for the moment, to concentrate on that ball. When the pressure is turned on, if you are to fulfil your potential then you must focus on the present.’

Meditation is as important as lifting weights and being out here on the field for practice. – Russell Okung, Seattle Seahawks.

Mindfulness in the AFL

The AFL Players’ Association has been on the mindfulness wave since 2011 with the development of a Practical Mindfulness program (previously Play Now) for players. This program is a first step in introducing players to simple mindfulness skills that they can integrate into daily life and prepare them for the demands of AFL. Players from six AFL clubs have participated in the Practical Mindfulness program to date. Players are also encouraged to tap into the AFL Players’ National Psychology Network for individual coaching on mindfulness skills. The hope is to see AFL players, coaches and clubs embracing the science and practice of mindfulness as a way of building resilience, wellbeing and performance on and off the football field.

Learning to be quiet and unhook from the unhelpful chatter of our mind simply means more time to focus on what matters most.

One AFL player who practiced mindfulness to help him manage the stresses of the game is former Sydney Swans captain Brett Kirk: ‘I was someone who worried a lot about my footy and what everyone thought. I would go home and lie awake at night and having meetings in my head, so now I try to live more day-by-day and be in the present moment.’

In meditation, one looks to develop a balance of effortless, relaxation and applied focus. But it also helps to develop spatial awareness, mental endurance and pain management. – Andy Puddicombe, Co-Founder of Headspace.com

Researchers from Ulleval University Hospital in Norway have reported that the use of meditation after a tough training session can reduce the production of lactate – the ache- inducing by-product of anaerobic exercise – and help players recover faster. In recovery tests carried out on athletes split into groups, researchers noted that the blood lactate levels were significantly lower after exercise among players who’d been taught to meditate when compared to other groups.

‘In meditation, one looks to develop a balance of effortless, relaxation and applied focus […] But it also helps to develop spatial awareness, mental endurance and pain management,’ explains Andy Puddicombe, meditation expert with headspace.com. Puddicombe, who lists a number of Premier League footballers among his clients, insists that just 10 minutes of simple meditation can provide the perfect after-game pain relief. ‘Muscles grow and get stronger when we’re resting, not when we’re exercising,’ he says. ‘So getting enough of the right kind of rest is essential.’

…when you consider the growing body of research and applied evidence supporting it, it would seem foolish not to take a good hard look.

However, just ‘because others are doing it’ is not of itself a good reason to jump on the mindfulness bandwagon. In Brendan Rodgers’ first season in charge at Liverpool The Telegraph reported that his players could barely contain their laughter as they took part in a meditation and relaxation class to help them ‘deal with the stresses of club football’.

However, when you consider the growing body of research and applied evidence supporting it, it would seem foolish not to take a good hard look. Of particular relevance to player health and wellbeing are the findings that being more mindful can decrease stress, anxiety and burnout. As well as increasing overall wellbeing, mindfulness can enhance productivity (e.g. more flow experiences), promote better brain functioning (e.g. focus, problem solving and decision making) and greater ability to manage emotions, to self-regulate and break harmful habits. Being more mindful is associated with greater immunity and better recovery from illness and injury. Lastly, the potential to decrease parasympathetic nervous system (PNS) arousal, increase the relaxation response and to improve sleep quality is of great relevance to all of us, not just the players and athletes among us.