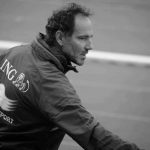 Kris van der Haegen Kris van der Haegen is Director of Coach Education for the Royal Belgian Football Association. A former high school teacher who speaks countless languages, and a member of the UEFA Jira Panel, Kris has been one of the main architects of the elevation of Belgian football to unheard-of levels of quality in recent years. Kris enjoys talking about how to make football better, specially for children and young people, yet he has also extensive experience coaching at the top level. he is currently an assistant coach with the Belgian Women's National Team.

In this webinar, we were fortunate to be joined by international youth coach expert Dr Sergio Lara-Bercial. We heard from Sergio about the current international climate for youth sport; where to start with addressing some of the issues in youth sport;...
Sport NZ 47 Min Watch
Case Studies

One bad day changed White Sox captain Lara Andrews’ life forever.  At the time the then 19-year-old was going through “teenage stuff” while working as a data entry operator.  “I’d had such a bad day, it was one of my lowest lows,...
Sport NZ 6 Min Read
Development & Performance

In this article, Dr Jason Tee discusses how late-developers may be advantaged (as opposed to early-developers) in their development pathways, and ultimately become more successful in sport. David vs Goliath… During the first week of July, I had...
Dr. Jason Tee 4 Min Read This article is republished with permission from iCoachKids.

One size doesn’t fit all: not in training sessions, not in matches, and not in the personal profile of coaches. To solve this problem, three years ago the Belgian football association made a brave decision to change to a much more tailor-made approach. In short, it means that we now adapt to who is in front of us, not the other way around!

For more than 10 years we have broken down the 11 v 11 game into smaller formats: 8v8 and 5v5 to start with, and more recently, in 2014, we created even a smaller football format introducing 2v2 games at U6-U7 age.

At the very beginning, a lot of parents didn’t appreciate the innovation because they were still evaluating the project from the point of view of the adult athlete. They didn’t quite like that we changed the regular format of their favourite team sport. So, we had to explain them that we were just focusing on the individual child of 5-6 years old who has just started playing football.

At that age, the only skills that they are ready to develop are dribbling and scoring (shooting) skills. This fits with the psychological and mental capability profile of these young children, who let’s face it, are rather egocentric. They aren’t able to deal with complex decision making required to know when to dribble and when and whom to pass?

This high level of complexity of the full form of the game doesn’t fit with the cognitive capacities of U5-U6 and even some U7 players.

Some parents were really angry and told me that we were crazy at the FA when I presented them the new format in January during the winter break: “Football is a team sport…!” they cried angrily. But, only a few months later, one of these ‘angry’ parents sent me a text message (sms) : “Kris, now I understand the change, my son scored 4 goals today. Last year he didn’t score one in the whole season….”. This father had finally taken off his adult glasses and looked at the game with through the eyes of a child that comes to football just to enjoy it and to, yes, SCORE GOALS!!

The point is, before we start developing in the kids the notion of football as a passing game, we must focus on the development of skills that suit where they are mentally and cognitively, like keeping the ball, running with the ball and scoring.

By thinking about what 5 and 6 year-olds are like, we created a new kind of football: Dribbling Football, play on mini pitches and with an adapted goal format. It looks a lot more like the street football we played back in the day where we could freely express ourselves without a coach and even without a referee. Just playing like we wanted to play… 100% FUN!

Below is a diagram of the format for Dribbling Football

And here is a clip of what it looks like in action:

It reminds me so much of the countless hours we spent playing outside, playing football in the garden or the parking lot, just by playing on your own or with your brother, sister or the next-door neighbour.

It sounds a bit sad, but in a way, what we are doing now is organise and replicate the street football of old in the club environment. No competition, but just football festivals where everybody wins and enjoys football!

It’s not all hunky-dory though. At U7 level, the playing format switches to 5v5 football, and we can see that for some of them, perhaps those less experienced that just started to play or who need more time to get the right skills, the 5v5 format is way too complex. But the regulations at the moment force them play in that format.

My question is: Why shouldn’t we be more flexible and adapt the playing format to the growth and developmental needs of the players?

If we did, perhaps, the next step would be to let it evolve into 3v3 before going into 5v5, wouldn’t it?

So let’s make this intermediate step next season and really adapt our football to the players not the other way around. Let’s demonstrate that we are there to develop the individual player, and that this is the norm!  Children are not miniature adults! They are really who they are: just young children with their own characteristics, needs and wants.